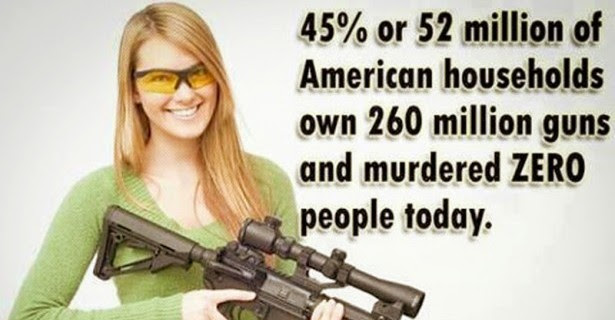 Today’s topic is the NRA’s blatant disregard for facts.

Guns cause eight times more deaths in the U.S. than in our economic counterparts in Europe and Asia. These are preventable deaths. And we need solid scientific research to show what measures work. But this is exactly what the forces on the Right want to suppress or denounce as “junk,” similar to research about global warming, the relationship between fast foods and obesity or the health hazards of prescription drugs.

Wonder why the NRA can say there is no evidence that gun control works? Because they’ve censored research on the subject. 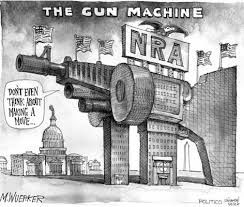 In the aftermath of Newtown, we’ve learned that the NRA successfully lobbied Congress to suppress research on how to limit gun violence. Since 1996, according to one estimate, the Centers for Disease Control (CDC) has slashed firearms safety research by 96 percent. There was actual language in the CDC’s budget that said none of its funds could be used to “advocate or promote gun control,” and similar restrictions were imposed on research supported by other federal health agencies. The NRA deemed research on the relationship between teens, alcohol consumption and gun use, as well as the impact of gun storage practices, as “junk science studies.”

What got the NRA so agitated? A 1993 study by Arthur Kellermann et al. published in The New England Journal of Medicine that debunked the myth that having a gun in your home made you safer. The study showed that having a gun in your home increased the risk of one family member shooting another by almost threefold, compared to homes without a gun. The risk of suicide was nearly five times greater.

Having a gun in your home, in other words, “doesn’t convey protection.” It actually puts you and your family at greater risk. Indeed, from 1985 until 1996, the CDC funded a variety of studies all leading to the conclusion that stricter gun control was a public health priority. This was not good news for the NRA, so they succeeded in making sure such studies rarely saw the light of day. According to The Huffington Post, the NRA has spent over $28 million on lobbying since 1998, becoming one of the most feared and influential lobbies. (Read the rest here)