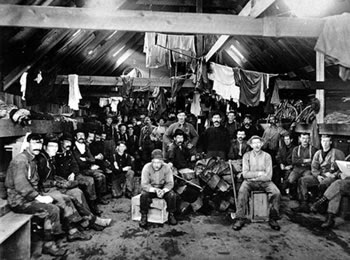 Today’s topic is Ghost Towns of the Pacific Northwest. If you’re like me, you’ll enjoy checking out the old logging town of Bordeaux, Washington. We have a rich history of logging in Humboldt County and that’s what sparked my interest in other logging towns.

Got a good one today:

Avi Abrams (of Dark Roasted Blend) and a historian Steve O'Neill from Olympia, Washington, team up to bring a true gem of a ghost town. Steve writes: "There are places in the Pacific Northwest that are breathtaking. I'm an historian. Taught history for about twenty years. The Pacific Northwest is not as deeply rooted historically as other parts of the world, but there is a colorful, multilayered, interwoven fabric to this place that I've come to love." 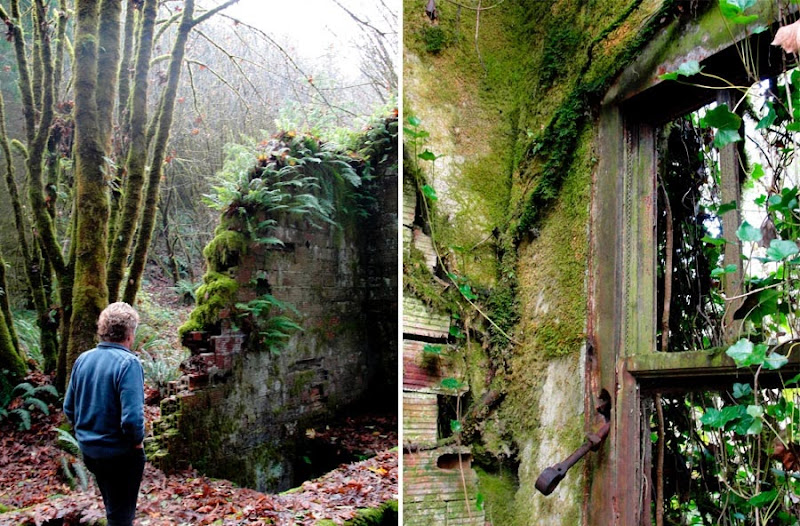 The Story of Bordeaux, Washington: Loads of Pioneer Spirit, Multiplied by Hard Work, Sheer Guts, Greed and Industry
For sixty years the logging town of Bordeaux, Washington prospered because it was located in the heart of Capital Forest where towering fir and cedar trees provided beams for buildings, spars for sailing ships and shingles for roofs. The 120 ft. straight, clear spars went to Maine to provide the masts for the fast clipper ships. Mumby cedar shingles were prized in the Midwest as the best quality for homes and businesses. After 100 years or more, the warehouses of Seattle and Tacoma are now offices and upscale restaurants with the original, massive, open beams milled from forest giants that once were common, but now are protected. 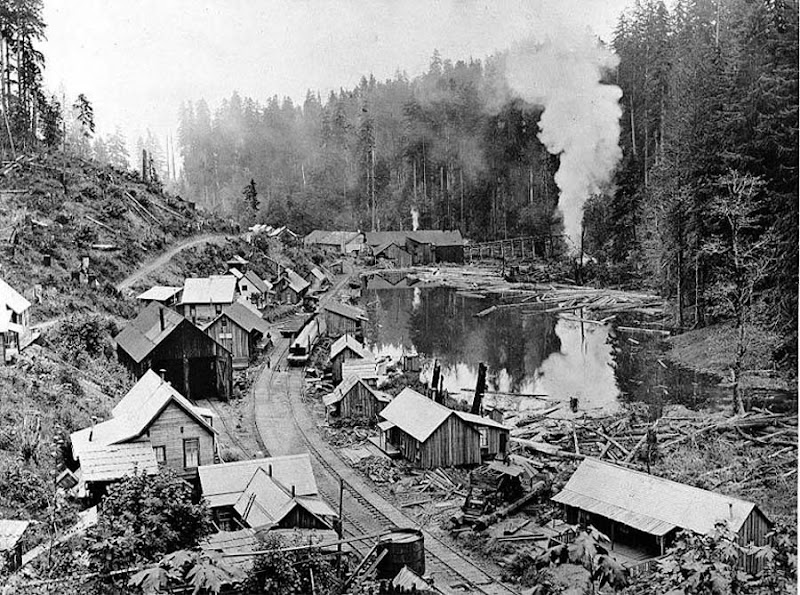 (Mumby Shingle Mill, 1904. The pond is where the train would dump the Cedar logs so they could be floated to the mill)

Logging towns were very similar to other historical examples of booming economies such as cattle towns filled with drunk cowboys or gold rush towns with newly rich miners trying hard to spend as much as they could, as fast as they could.
The town of Bordeaux as seen from above the saw mill, in 1918 at the time of the first World War. The mist escaping the building in the foreground was steam from a kiln that dried the timber. GO HERE TO SEE MORE GREAT PHOTOS & READ MORE HISTORY ABOUT THE AREA.