As It Stands: Sounds of Fury: misophonia sufferers try to cope

By Dave Stancliff/For The Times Standard
Imagine that certain sounds sent you into a violent rage and you don’t know why. That you can’t stand the sound of your own mother’s voice or even hearing her breath. That you can’t eat in public because the sound of people eating could trigger an uncontrollable physical frenzy.
It really happens to people. The condition is called misophonia - literally "hatred of sound" - and occurs when a common noise, whether it's something like a person chewing loudly, water dripping or someone sighing, causes you to become anxious or angry.
People with the disorder are not bothered by loud sound - rather, it’s the softer, repetitive, common sounds that drive them up the wall, according to an article in the The New York Times (9/5/11).
Misophonia is often used interchangeably with the term Selective Sound Sensitivity. Sadly, there’s no known cure for it, Dr. Aage R. Moller, a neuroscientist at the University of Texas at Dallas, said in an interview with the New York Times. 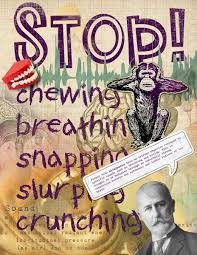 Little is known about the anatomical location of the abnormality that causes these symptoms. People with misophonia may be diagnosed with mood or anxiety disorders as well as obsessive-compulsive disorder.
According to researchers, misophonia sufferers are most commonly annoyed, or even enraged, by such ordinary sounds as other people eating, breathing, or coughing; certain consonants; or repetitive sounds.
For unknown reasons, most people develop misophonia in late childhood, around the age of 10. Often there is a single initial trigger (such as a parent's or sibling's noises), after which the triggers expand over time to include both auditory or visual elements.
As they get older, the condition usually gets worse. They may also be annoyed by other people’s repetitive movements, such as leg-tapping, nail-biting, the rising and falling of the belly, and typing.
Some researchers have speculated there is a genetic base for this disorder, but no studies have been done to prove it. The prevalence of misophonia is currently unknown.  However, groups of people identifying with the condition suggest it is more common than previously recognized.
Among patients with tinnitus, which is prevalent in 4-5% of the general population, some surveys report prevalence as high as 60% while prevalence in a 2010 study was measured at 10%. 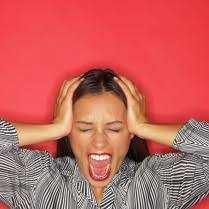 With no cure in sight, what do people afflicted with this disorder do? They have to develop coping methods. There are no definitive books out detailing these. I expect that will change in time, as researchers continue to try to unlock the secrets of the brain.
Everyone with the condition is unique and has to personally develop coping methods to address their own challenges. Most simply avoid the offending sound by leaving the area, while some try to block it with earplugs or music.
I’m not sure why, but from everything I’ve read on the subject it appears that sensitivity to offending sounds is often far more severe when the sound comes from a person emotionally connected to the sufferer.
Misophonia is not a well-known diagnosis and few treatment options are available. As a matter of fact, there’s a good chance your doctor never heard of it. There are reports that suggest the use of cognitive behavioral therapy can be helpful in managing the anger (in response to a trigger sound) associated with misophonia. 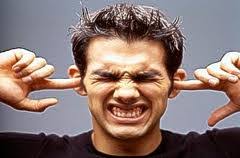 Some doctors use a mindfulness based therapy, training, and treatment. It basically offers individuals ways to deal with and work out their issues with a treatment plan that is life long and provides them tools to handle and alleviate their issues.
I wish I could wrap this column up and say a cure is on the way. The first step is always to recognize a problem. That’s happened. There’s a huge learning-curve ahead for doctors and we can only hope they discover a cure for it soon.
Perhaps with celebrities like Kelly Ripa of the Today Show sharing their own experiences with misophonia (she has a mild case), it will spark more research on the condition.
As It Stands, I wonder if I’m a borderline case? It drives me to distraction to hear people chewing and clacking their gum!