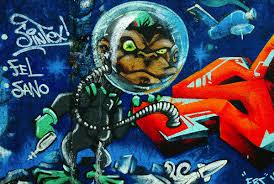 Iran better stop monkeying around with the world. Their leaders claim to have sent a monkey into space and brought it back safely. So where’s the monkey? No one is saying.

Folks in Washington couldn’t – or wouldn’t – confirm if Iran even launched a rocket. But the message was clear, If Iran did launch a rocket then they’re in more hot water with world powers.

It would be a violation of U.N. Security Council Resolution 1929, whose text bars Iran from "any activity related to ballistic missiles capable of delivering nuclear weapons, including launches using ballistic missile technology."

In other words, the Iranians would probably be smart to NOT have a parade in the space-traveling simian’s honor. The U.S. won’t play that game and may send some drones over to ruin some fanatics day! So here’s the story:

“Iran said on Monday it had launched a live monkey into space, seeking to show off missile systems that have alarmed the West because the technology could potentially be used to deliver a nuclear warhead.

The Defense Ministry announced the launch as world powers sought to agree a date and venue with Iran for resuming talks to resolve a standoff with the West over Tehran's contested nuclear program before it degenerates into a new Middle East war.

Efforts to nail down a new meeting have failed repeatedly and the powers fear Iran is exploiting the diplomatic vacuum to hone the means to produce nuclear weapons.

The Islamic Republic denies seeking weapons capability and says it seeks only electricity from its uranium enrichment so it can export more of its considerable oil wealth.

The powers have proposed new talks in February, a spokesman for the European Union's foreign policy chief said on Monday, hours after Russia urged all concerned to "stop behaving like children" and commit to a meeting.

Iran earlier in the day denied media reports of a major explosion at one of its most sensitive, underground enrichment plants, describing them as Western propaganda designed to influence the nuclear talks.

The Defense Ministry said the space launch of the monkey coincided "with the days of" the Prophet Mohammad's birthday, which was last week, but gave no date, according to a statement carried by the official news agency IRNA.” Read the rest here