Don’t Worry About it! Why NASA is saying 'we told you so' about doomsday hype ... a week early 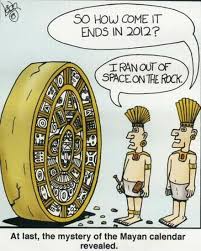 Good news for the holidays. The world isn’t going to end next week. I thought that would get you in the spirit of the season. For those who paid any attention, Mexican researchers debunked the Mayan doomsday calendar thing last Spring.

Researchers got together, and based upon additional information on the most recent Mayan dig, realized that the Mayan calendar did not have an end date. Just an end to certain periods of time.

Anyway, there’s still a lot of folks that are sure Dec.21st is going to be the last day for mankind. And women too. These folks are gathering in various parts of the world for reasons that you and I would never understand, in anticipation of the big moment when… well, I’m not sure how they think it’s going to go down - the world suddenly ends. Everything stops. Or disappears. Or something really bad happens.

Not to worry. NASA has got your back:

“NASA's latest video debunking doomsday hype comes from the future — to be precise, from Dec. 22, one day after the expected peak for worries that the end of an ancient Maya calendar cycle will signal the end of the world as well. Some might think that the video, titled "The World Didn't End Yesterday," was prematurely released. But it wasn't: The advance word about the non-apocalypse is a key part of the space agency's plan. 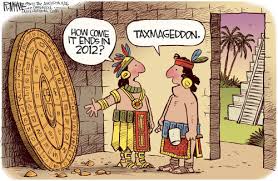 "The teaser for the video explains everything: 'NASA is so confident that the world is not coming to an end on Dec. 21, that they have already released a video for the day after,'" Tony Phillips, the writer and editor behind the NASA Science website as well as SpaceWeather.com, told NBC News in an email.

Phillips says the "day after" angle was his idea.

"I felt it was a lighter and more creative way to approach the topic than some of the other treatments we've seen," he wrote. "Some people have been confused by it, but not all. The unorthodox approach is definitely a conversation-starter, which was our goal all along."

Bashing the bunkum
As the 12-21-12 date approaches, NASA has been taking the lead in telling people that the connection between the Maya calendar and doomsday fears is pure bunkum. By some accounts, a grand 5,125-year cycle comes to an end on Dec. 21, but this year, archaeologists found that the Maya calendar counting system goes beyond 2012, just as our own calendar recycles itself after Dec. 31. 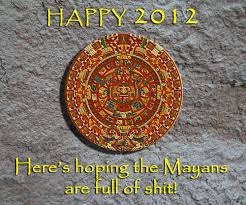 For what it's worth, there's even some question whether Dec. 21 is the right date for the Maya calendar turnover.Along the way, the Maya hype has gotten mixed up with other end-of-the-world memes, ranging from monster solar storms to the onset of a threatening Planet X. There's a germ of truth behind some of the memes. For example, the sun really is heading toward the peak of its 11-year activity cycle, but solar maximum won't cause the end of the world.

In fact, Phillips has said the upcoming solar max could be"the weakest of the Space Age."Meanwhile, our planet is indeed heading toward a rough alignment with the sun and the galactic center on Dec. 21 — but that alignment happens every year at this time, due to the winter solstice.

NASA has been spending a lot of time lately separating the scientific fact from the scary fiction. Last month, the space agency put together a Web page that addresses the frequently asked questions about the 2012 hype, with links to even more information about topics ranging from polar shifts to supernovae and super volcanoes.

This may sound like overkill, but it's not: Earlier this year, an international opinion survey conducted by Ipsos for Reuters found that 14 percent of the respondents believe the world will come to an end during their lifetime — and 10 percent said they were worried that the Maya calendar change-over would mark the end of the world. 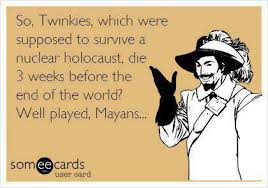 What to tell your kids
All this doomsday hype can be particularly troubling for kids, who tend to look to the grown-ups for a reality check. Do your children need some reassurance? These tips from Kids.gov, the U.S. government's Web portal for the younger set, could come in handy:

Do you still have concerns about Dec. 21? Are you hearing the Maya hype from your friends? How are you handling all this? Feel free to weigh in with your comments below, and check back next week for our continuing coverage of the doomsday buzz. In the meantime, review our coverage of last year's Rapture rigmarole to get an advance look at how this is all likely to go down.” (Source)