AS IT STANDS: Mexico’s new boss is no threat to drug cartels

Without a lot of fanfare Mexico got a new president last week. Did you notice? The swearing in ceremony had to be postponed for a day because of protestors outside their Congress. Not exactly an auspicious start.
So why are we talking about Mexico today? Because when the new boss, Enrigue Pena Nieto, was sworn in, the clock was turned back to the bad old days when his party, the Institutional Revolutionary Party (PRI) ruled the country and drove Mexico to the brink of disaster after 70 corruption-filled years of power.
Pena Nieto was quick to say he wants to be President Obama’s new economic buddy and he’s got great plans for the days ahead. Vague plans, to be sure, but he’ll spell them out along the way, I suppose.
But, get this, Pena Nieto says he’s going to end the recent years of violence by stimulating the economy so people won’t be as likely to resort to crime.

ring the 1920s.  Just substitute oil instead of bootleg whiskey.
If you’re not picking up what I’m saying about Pena Nieto, let me put it this way: under this as leader of the infamous PRI, crime and corruption will not only continue, they’ll thrive. To see why I say that, Google the PRI when you have a moment. Bottom line, don’t expect radical change in our southern neighbor’s society or our relations with them.

The idea that drug cartels will shrivel up because their workforce will suddenly want to take on legitimate jobs (which never could pay as much) - jobs that will magically spring up across the country - is laughable and unrealistic.
Pena Nieto plans to push legislation to strengthen Mexico’s tax base and allow more private investment in the lumbering state oil giant Pemex. That shouldn’t be too hard to do with the PRI’s reputation for corruption, cronyism, and vote-rigging.

When Pena Nieto came to Washington to meet with President Obama, he said the ties between our two countries should go beyond the drug war. Now there’s a subtle statement if I ever heard one.
"We should reconsider greater integration of North America to achieve a region that is more competitive and capable of creating more jobs," Pena Nieto said during a White House meeting, as reporters looked on.
Pena Nieto tells Mexicans he’s going to shake up competition in the country, which has most of it’s economy consolidated in the hands of a few, like the world’s richest man, Carlos Slim.
Even without a degree in Mexican history, I can tell you that’s about as likely as building condos on Mars. Which leads me to this question; “How can the Obama Administration ever take Pena Nieto seriously about cracking down on the drug cartels?” 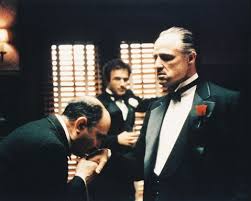 It would be like taking the “Godfather’s” word without question and kissing his ring in respect. If you listen closely to what he’s told the press, his message is a lot milder than the rhetoric that got him where he is. He never claimed he was going after the cartels.
In an editorial published by The Washington Post (Nov.30), Pena Nieto wrote; "It is a mistake to limit our bilateral relationship to drugs and security concerns. Our mutual interests are too vast and complex to be restricted in this short-sighted way.”
Really? Short-sighted way? What I’m hearing is don’t worry about those 60,000 people killed as a result of drug violence in Mexico during the last five years. Don’t worry about those illegal immigrants and border security concerns - both issues that urgently need to be addressed. The only important thing is our two countries can make a lot of money if we just concentrate on that. 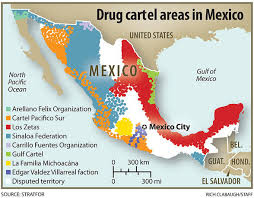 No amount of rhetoric from either country can change the facts. Our relationship with Mexico is business as usual. It’s going to be business as usual as far as our relationship with Mexico goes. President Obama managed to tip-toe around the subject of illegal immigration and the War on Drugs during the presidential campaign.
Mexico’s new boss would just as soon skip those two subjects as well and concentrate on making money with America’s newly re-elected boss.
As It Stands, fans of Boardwalk Empire (HBO saga of gangsters in the 20s) would appreciate this ironic real life comparison.