Ahhhhh! Choooo! Health officals warn this may be a bad Flu season 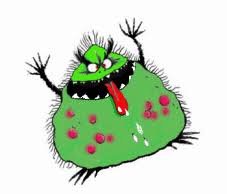 The flu bugs have raised their ugly little heads across the country earlier than usual. Everyone I’ve talked with in the last week either had a bout with that obnoxious bug or knew someone who did. My wife and I were going to go to dinner with a couple of friends, but one of them fell victim to that nasty bug and we had to postpone it.

I got an email from friend and Learnist colleague, Crystal Morgan, who fought the bug over the weekend, and then her kids got it too! Talk about a double whammy! It comes and goes – generally running it’s course in 48 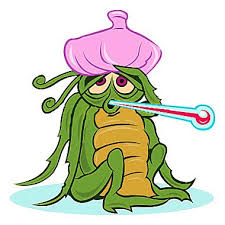 hours- like an extended bad dream. Depending on your age and health, it could last longer.

"It looks like it's shaping up to be a bad flu season," said Dr. Thomas Frieden, director of the Centers for Disease Control and Prevention.

The percentage of aching, feverish folks who went to the doctor with influenza-like illness had reached the national baseline of 2.2 percent, the earliest that has happened in the regular flu season in nearly a decade, the 2003-2004 season. Flu season may start as early as October, 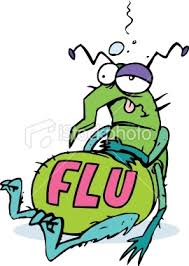 but typically peaks in January or later.

By contrast, last year's flu season started late, with an uptick in cases not starting until February.

Health officials are urging people to get their flu shots now, including babies older than six months, and all adults and children. Every year, about a quarter of the U.S. population gets the flu and an average of about 36,000 people die.

The strains making people sick are influenza A -- both H3N2 and the 2009 H1N1 or pandemic swine flu strain -- and influenza B. So far, the vaccines manufactured for this season appear to be a good match, health officials said.

But the H3N2 virusmay  typically cause more severe symptoms than the other flu bugs, noted Dr. William Schaffner, chairman of the Department of Preventive Medicine at Vanderbilt University. His staff has already started seeing flu patients in Tennessee. 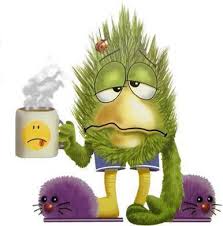 About 120 million doses of flu vaccine are available this year, Frieden said. About 112 million people have received their flu shots so far, officials said.

The key to is getting the shot, the experts emphasized.

"We are particularly encouraging people who haven't gotten vaccinated to do it," said Dr. Melinda Wharton, acting director of the CDC's Center for Immunization and Respiratory Diseases. (Source)