I think we’re safe: It looks like 'Frankenfish' may never make it to your plate 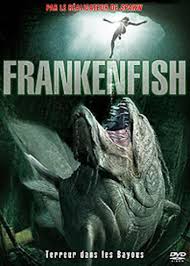 I, for one, am glad to hear that “Frankenfish” probably won’t be served in America anytime soon. The reason is the genetically modified salmon haven’t been approved by the FDA yet, and time is running out on the process.

I don’t like the direction these biotech scientists are taking the American food supply. It gets creepier all the time.

I don’t trust steroids, especially in my food! I realize they’re already in my meat supply and milk products, and other foods, but that doesn’t mean I have to like it. Or trust steroids. I stay away from them whenever possible.

Messing with nature never ends up well. I know these biotech geeks mean well, and are looking to increase the food supply, but they don’t even know what the long-term effects of digesting salmon stuffed with growth enhancers will be. To me, that’s scary.

So here’s what’s going on: 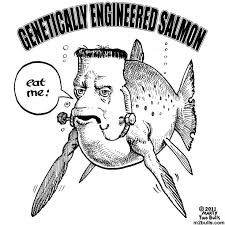 “Salmon that's genetically modified to grow twice as fast as normal could soon show up on your dinner plate. That is, if the company that makes the fish can stay afloat.

After weathering concerns about everything from the safety of humans eating the salmon to their impact on the environment, Aquabounty was poised to become the world's first company to sell fish whose DNA has been altered to speed up growth.

The Food and Drug Administration in 2010 concluded that Aquabounty's salmon was as safe to eat as the traditional variety. The agency also said that there's little chance that the salmon could escape and breed with wild fish, which could disrupt the fragile relationships between plants and animals in the wild. But more than two years later the FDA has still not approved the fish, and Aquabounty is running out of money.

"It's threatening our very survival," says CEO Ron Stotish, chief executive of the Maynard, Mass.-based company. "We only have enough money to survive until January 2013, so we have to raise more. But the unexplained delay has 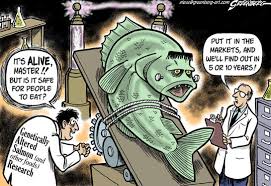 The FDA says it's still working on the final piece of its review, a report on the potential environmental impact of the salmon that must be published for comment before an approval can be issued. That means a final decision could be months, even years away. While the delay could mean that the faster-growing salmon will never wind up on American dinner tables, there's more at stake than seafood.” (Read the rest here)