Where’s the Justice? Man shot 28 times and lives to tell his story only to end up in prison for 40 years! 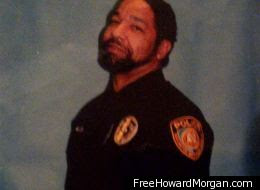 As much of the country follows the Trayvon Martin case, activists in Chicago are hoping to bring some of that attention to Howard Morgan, a former Chicago police officer who was shot 28 times by white officers -- and lived to tell his side of the story.

Morgan was off-duty as a detective for the Burlington Northern Santa Fe railroad when he was pulled over for driving the wrong way on a one-way street on Feb 21, 2005, the Chicago Sun-Times reports. While both police and Morgan agree on that much, what happened next is a mystery.

Morgan was sentenced Thursday to serve 40 years in prison, essentially a life sentence.

Posted by ImBlogCrazy at 4:14 PM