Bad preachers/pastors are the biggest hypocrites in our society. When exposed, their crimes can range from losing their temper and committing violent acts short of killing (Creflo Dolar); preaching that homosexuality is a sin yet engaging in it themselves (Ted Haggard), to being mass murderers (James Jones).

It wasn’t that long ago here in Humboldt County when Pastor Dino Cardelli (left)of Cavalry Chapel Church, was sentenced to prison for having sex with an adopted daughter. He seduced her with Bible verses. His wife committed suicide rather than live with the knowledge. You have pastors like Terry Jones (right) of Gainesville, Florida who is trying to start a holy war against all Muslims worldwide and who gets his kicks out of burning Korans. Even extreme conservatives avoid being associated with his brand of senseless hatred in the name of Cases like the Baptist Youth Pastor -  Randy Lee Morrow Right) - who got 135 years for having sex with young parishioners. It seem like when these holy men go bad they do it with a vengeance. 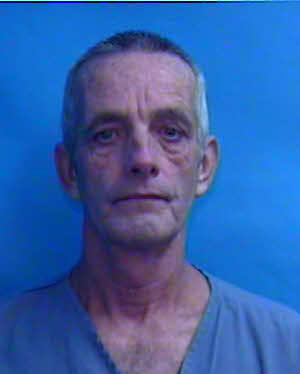 I could go on all day, but I believe I’ve made my point about preachers and pastors can be the biggest hypocrites in our society. They are passionate men with twisted outlooks on life and religion. They seek to lead people with their purported closeness to God. Their fall from grace is usually a shock to everyone.

I didn't do it! I'm innocent, I tell you! Why I don't even have a church or parishioners to abuse. We had a non-profit organization bank account under the name of The Church of the One Big Foot many decades ago. But actually, Dave, I follow the Gnostic Solitary Path which doesn't have any room for churches, pastors, rabbis, imams, popes or presidents, nothing man-made to get in the way between God and you. That's the Gnostic way which is one of the big reasons the RCC wanted so badly to get rid of any Gnostic Christians and their anti-authoritarian views. No help from them in setting up the world's first big Mega-Church in Rome. And the corruption has never ended since with organized religions and their believers taught to swallow bullshit and worse from the pulpits.

The Gnostic Solitary Path is similar in concept to the NA idea "no man can tell another what to do". No one on earth can come between God and the believer in authentic spiritual communion--that's gnosticism vs organized religions. Unfortunately, so many believers are not looking for God so much as they're looking for Father to tell them how to think, what to do. Fostering independent thinking has never been society's strong suit.