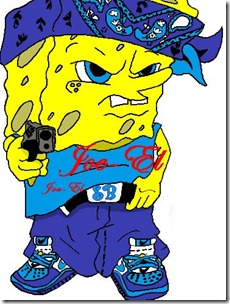 Investigators said the first robber was a black male in his late teens to early 20s, 5 feet 5 to 5 feet 7 inches tall, 200 to 220 pounds, with short Afro hair and a light complexion. He wore a light blue McDonald's work shirt with yellow Spongebob Squarepants pajama bottoms. 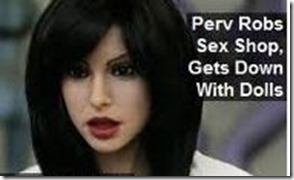 This burglar couldn't wait to get his hands on the merchandise.Police said they caught a man inside a sex shop in Woodbridge in Virginia's Prince William County, Inside Nova reported. It happened early Tuesday morning at the MVC Late Night adult store along Jefferson Davis Highway. Police found Justin Dale Little Jim, 28, in the closet with a blow-up doll, prosecutors said. According to Inside Nova, law enforcement said Jim was caught "attempting sexual relations" with the plastic doll. He’s now charged with burglary, grand larceny and felony destruction of property, police said.

Hudson County Assistant Prosecutor Leo Hernandez said Bartolozzi, a Secaucus city employee for the past 25 years, stole about $750,000 in tax funds between February 2008 to May 2009. He also stole about $25,000 from the local municipal union, according to prosecutors.

A woman wearing a purse on her head who claimed she was armed with a gun attempted to rob the Grill & Grocery store on Highway 700 in Ruffin on Saturday, Rockingham County deputies said.Deputies said the clerk asked the woman to show her gun, but the woman refused. She did have a bulge under her shirt, deputies said. Deputies said the woman left after being given no money and drove away in a red car that according to a witness was parked in a nearby driveway.No video of the incident was captured because the store's video surveillance system wasn't working properly, deputies said. Anyone with information about the crime is asked to call Crimestoppers at 336-349-9683. Editor’s Note: the photo is not of the woman who robbed the store in the story. Just a way of helping you envision what she might have looked like.

That’s all for now junior crime stoppers. It’s time for me to head on down the road…