DEA Closes Eyes to Evidence, Rejects Petition to Reschedule Marijuana for Medical Use 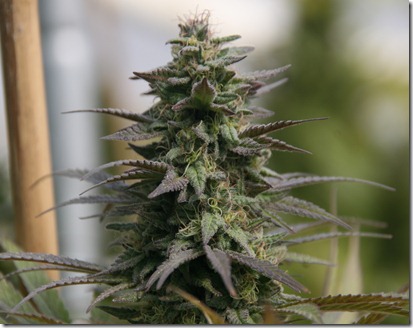 After nine years of regulatory delay, the DEA rejected a petition by a coalition of groups including California NORML to reschedule marijuana for medical use.

The response came only after advocates sued in federal court for unreasonable delay.The petition, filed in 2002 by the Cannabis Rescheduling Coalition (http://drugscience.org), cited a growing body of scientific evidence plus the approval of medical marijuana in several states as grounds that marijuana qualifies as having "accepted medical use" and should be removed from Schedule I.

The DEA countered that none of the evidence was valid since it did not meet the standard of FDA new drug application trials.The DEA  cited a five-year old DHHS paper claiming that marijuana did not have medical use.  While referencing innumerable studies showing potential health risks of marijuana, it failed to reference any of the hundreds of studies showing medical efficacy of marijuana on the grounds that they did not meet the standard of well-controlled, large-scale, double blind FDA approval trials.  However, none of the negative evidence cited by the government met that standard, either.

The DEA failed to mention that it has deliberately obstructed FDA trials from taking place by denying the approval of a research-grade marijuana growing facility at the University of Massachusetts, contrary to the recommendation of its own administrative law judge. The only existing legal source of marijuana for U.S. researchers is the National Institute on Drug Abuse, which has stated that it will not pursue FDA studies of the drug for medical use.

"The government has created a Catch-22 situation, in which the DEA is free to ignore mounting scientific evidence and the experience of countless physicians and users who have found medical marijuana effective in order to protect its bureaucratic position," said California NORML director Dale Gieringer, who helped author the re-scheduling petition. " The government's response raises serious questions about its competence to manage Americans' health care. Surveys have shown that patients who use medical marijuana can dramatically reduce their use of other, more costly but less effective FDA-approved prescription drugs. Yet DEA drug bureaucrats are deliberately ignoring these facts so as to protect their bloated agency."

Advocates are planning how to challenge  the DEA decision. Medical marijuana advocates are supporting a bill by Rep. Barney Frank (D-MA), the State's Medical Marijuana Protection Act of 2011 (H.R. 1983), which would end marijuana's schedule one status and let states regulate its medical availability. Under a policy recently reaffirmed by the Obama administration, the federal government has arrested, charged , threatened, and/or imprisoned hundreds of individuals in states with legal medical marijuana for violating  federal laws. (http://www.canorml.org/fedcasessum.html.)

California NORML is calling on  Congress to investigate the DEA's malfeasance with regards to medical marijuana.