Wild Wednesday News: whining students, a lucky couple, and a girl with 12 fingers and 14 toes!

'My students are out of control,' teacher wrote in one post, drawing a suspension

“A high school English teacher in suburban Philadelphia who was suspended for a profanity-laced blog in which she called her young charges "disengaged, lazy whiners" is driving a sensation by daring to ask: Why are today's students unmotivated — and what's wrong with calling them out?” 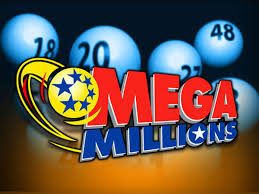 “A North Carolina couple has claimed a $1 million lotto prize just a day before it expired.

Girl with 12 fingers, 14 toes reaches for a record

“A mother in Myanmar says her baby girl's 12 fingers and 14 toes have been no disadvantage — her grip may even be stronger than normal — and now she's grasping for a Guinness record.

Phyo Min Min Soe, 26, knew her girl Le Yati Min had a little something extra since nearly the moment she was born.

"I asked the nurses whether my kid was born complete with hands and legs," says her mother. "They replied that the baby even has more than she needs."

Born with 12 fingers and 14 toes, Le may be the most "digitally enhanced" person in the world. Now, the 16-month-old girl's family in impoverished Myanmar is seeking a Guinness World Record to prove it.”

Posted by ImBlogCrazy at 9:49 AM