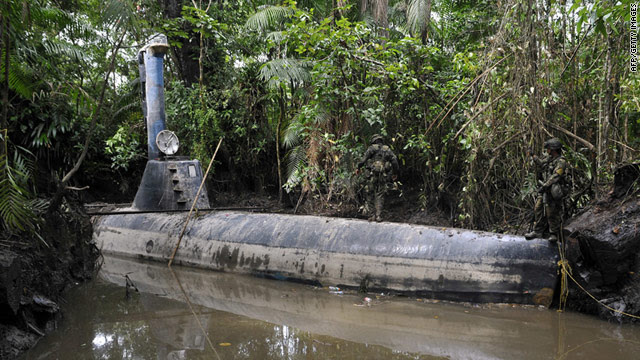 “The Colombian military says it has seized a submarine capable of transporting more than seven tons of cocaine from Colombia to Mexico.” Story Here.

We all know what would have happened if this delivery had made it to Mexico. This shit would have been on America streets ASAP!

Why? Because we have porous borders…but what’s to be done?

Posted by ImBlogCrazy at 5:40 PM