City to get RoboCop statue with fan funding 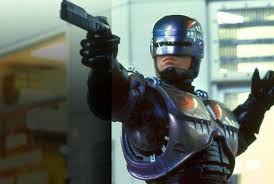 I’m not sure what kind of message a statue of RoboCop sends, but the idea of a police state (however fictional)top cop standing next to Boxer Joe Lewis seems…well weird!

From sci-fi cult film, to Twitter phenomenon to Detroit landmark-in-the-making.

Plans for a statue honoring RoboCop, the half-man, half-machine crimefighter of the 1987 movie, are moving ahead after a group of artists and entrepreneurs in Detroit, Michigan raised more than $50,000 via Facebook and an online fund-raising site.