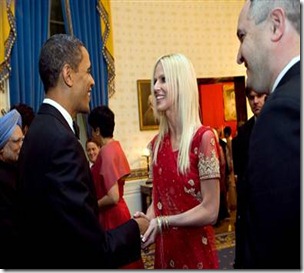 How about those wacky wealthy party crashers the Salahis?

They have nothing better to do than crash other people’s parties. Even though they caused a stir by sneaking into the first state dinner, they were apparently ready to crash the second one. They had camera men and were filming some reality show that the two privileged party crashers were involved with.

The Salahis have been under investigation for attending Obama's first state dinner last November even though they were not on a guest list. If these were two homeless people who dressed up and got past security with no invitation, they’d still be in jail. Ahhhh…the privileges of wealth in America today! Read this: Their limo driver was ticketed for running a red light