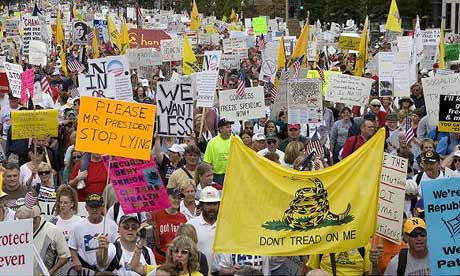 So this is where we’re really at in politics today. It just shows how extreme the Conservatives are:

“The slashed gas line leading to a propane tank at the home of Bo Perriello was found Tuesday, one day after Tea Party activists posted the address online and suggested that opponents of the reform bill should "express their thanks" to Rep. Tom Perriello

How proud these cowards must be. What “Tea Party” patriots they are. Doesn’t it inspire you? Are these people representative of how you feel? Or, are you like me and disgusted with the blatant partisanship being displayed here?

“Rep. Louise Slaughter, D-N.Y., whose Niagra Falls office was vandalized Friday, said that Democratic members are concerned about opponents of the health reform.”

You can see why. Where will these cowards with their craven tactics strike next? One has to wonder. It’s a black eye for the Conservative movement and they should be ashamed of these extreme cowards actions.

The Democrats have their faults but I can’t remember the last time they slashed gas lines to a propane tank in someone’s home. The message was clear. “We’ll do anything to stop you. Even kill you.” Doesn’t that just stir your national pride? 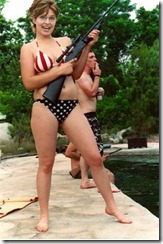 Who cares how incendiary her program was right? She talked about putting those Dems “in the cross hairs” and how people should target them for their wrath.

JUST THINK…she might have been out Vice-President if McCain had won. Now that’s scary…