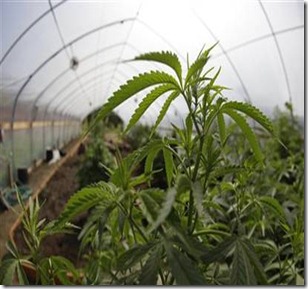 “State election officials announced Wednesday that an initiative to legalize marijuana will be on the November ballot, triggering what will likely be an expensive, divisive and much-watched campaign to decide whether California will again lead the nation in softening drug laws.”

“But the measure, known as the Regulate, Control and Tax Cannabis Act of 2010, goes further, allowing cities and counties to adopt ordinances that would authorize the cultivation, transportation and sale of marijuana, which could be taxed to raise revenues. It's this feature of the initiative that supporters hope will draw support from voters who are watching their local governments jettison employees and programs in the midst of a severe budget crisis.”

Posted by ImBlogCrazy at 9:03 AM