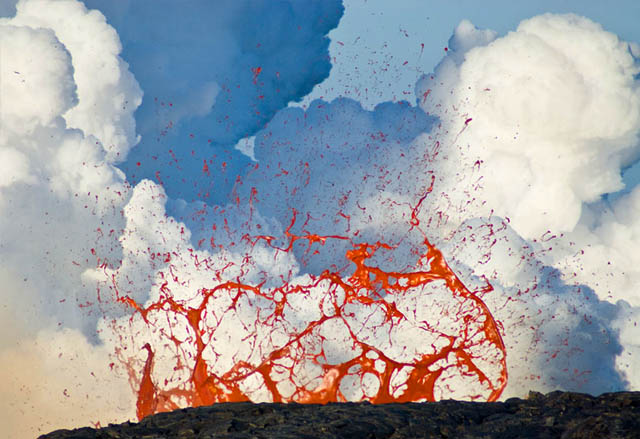 This stunning photo is from National Geographic's recent set of wallpapers, participants of International Photography Contest.

My wife and I went to Kauai in April of 2008, and the Kilauea Volcano was just kinda acting up and sending some ash around the islands. No big deal. It caused what the local's call, "vog."

"This photo was shot at the ocean entry of the Pu`u`O`o vent on the Kilauea Volcano, which is close to Kalapana on the big island of Hawaii in July 2008. The conditions were perfect as the offshore wind blew the smoke, fumes and steam out to sea. The noise was indescribable as the hot lava hit the cold ocean water. At one time, the steam was under so much pressure it resembled a shuttle lift off." - Bob Douglas