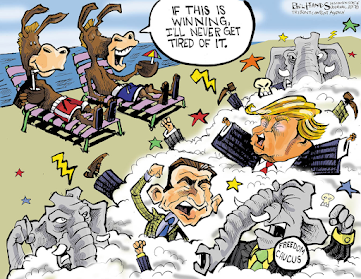 There's no legislative agenda for the incoming Republican House majority in January.

Instead, the slim majority of Republicans are going to cling to alt-right conspiracies to gin up their rapidly dwindling base.

All Americans are not crazy. Yes, there's about a third of the nation that believes in violent fantasies and having an authoritarian government run by a twice-impeached former president as Leader for Life.

The midterms showed that more Americans are becoming increasingly wary of the dangers the Trump wing of the Republican Party poses.

However, reality seems to have very little impact on Republican leadership who are choosing to follow a losing strategy with a revenge tour in the House.

In the fevered minds of Trump's minions launching House investigations that will go nowhere is their pathetic attempt to rally the loons before the 2024 presidential election.

Meanwhile the solid Democratic majority Senate is set to pass bills and laws in the next two years without having to contend with Mitch McConnell who will be virtually powerless because he's going to be busy fighting off the disgruntled Trump acolytes like Cruz who have promised to make the next two years hell for old Mitch.

The Republicans in the House are also having problems among themselves before assuming the majority in January by squabbling over who their leader will be. 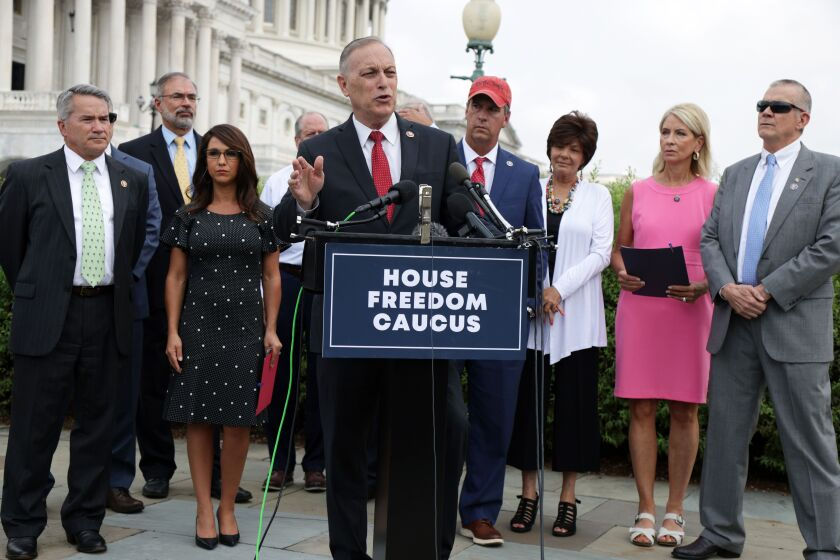 The spinless one known as Kevin McCarthy thought he was going to be the Speaker of the House, but the Clown Caucus (aka Freedom Caucus) had other ideas. They want one of their own like Andy Biggs to drive the Trump train in Congress.

It's like herding feral cats into a room and getting them all to agree to one leader. Impossible. McCarthy is finding that out the hard way.

So, this motley crew of crazies are taking their Last Stand in the House where they have a slim majority of 221 to 213.

As it stands, none of the above surprises me because the very definition of stupidity is doing the same thing repeatedly and expecting a different result each time.