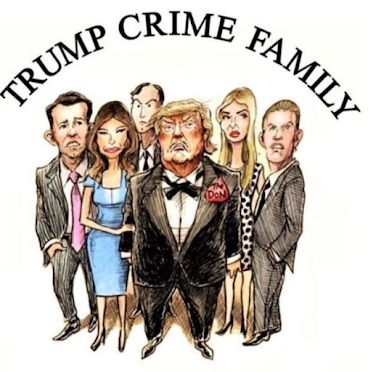 Well, it's about time!

The 15-year scheme to defraud tax authorities by failing to report and pay taxes on compensation for top executives was exposed in court.

The Trump Corp. and Trump Payroll Corp. were found guilty on all of the charges they faced.

Like a true mob boss, Trump's underlings took the fall for him. The Trump Organization Chief Financial Officer Allen Weisselberg was thrown under the bus as Trump claimed he knew nothing of the scheme.

To save his own ass Weisselberg pleaded guilty and agreed to testify against the company. For that testimony his sentence of 15 years was reduced to five months in jail.

There was another Trump executive, Jeffrey McConney who admitted his crimes in connection to the case and was granted immunity under New York law because he was called by prosecutors as a grand jury witness.

Thus far Donald Trump and his kids have eluded criminal charges in this case (or any other possible ones thus far), but there's another New York case (headed up by AG Alvin Bragg) where they might not be so lucky.

But don't hold your breath.

Don the Con still hasn't been charged by anyone yet despite the multiple cases against him. Most political observers believe that will change soon... maybe even this month.

As it stands, this was just the first step towards taking down the most corrupt president the country has ever seen.