Do You Feel it? The Political Landscape is Shifting 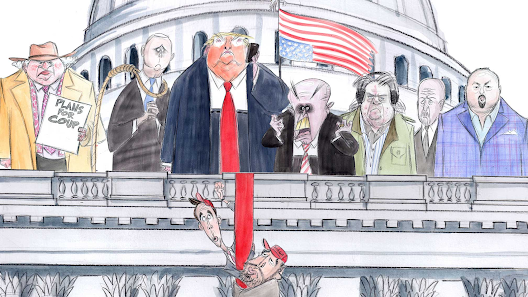 Political tremors have been reported in Washington DC and the rest of the country during the last two weeks.

Millions of Americans have tuned into an unlikely reality show that's been a smash hit. The House hearings on the Jan. 6 attack on the U.S. Capitol has gotten huge ratings each episode. Good news for Democrats. Bad news for Republicans as they watch Trump, and his minions sink into a quagmire of their own lies about the 2020 election.

After five hearings, with more to come in July, the committee has rocked the Republican Party's world as GOP lawmakers get linked to Trump's plot to overthrow the election.

One of the latest revelations is Republican lawmakers were asking for pardons before Trump left office. As we all know someone doesn't ask for a pardon unless they did something wrong.

The committee revealed an email from Rep. Mo Brooks on Jan.11, 2021, asking for "all purpose" pardons for every lawmaker who objected to electoral votes from Arizona and Pennsylvania

The question is will the J6 committee request these lawmakers to testify in future hearings? If they do, and they don't, will there be subpoenas? It's nervous time for Republicans who want people to focus on the midterms and to ignore the mountains of evidence being presented by the committee.

That's significant because Clark was part of a plot by Trump to take over the Department of Justice and to make them conduct unlawful voting fraud investigations. The DOJ is ramping up it's investigation on the attempt to overthrow our electoral system.

The good news is that means the DOJ is closing on Trump's closest allies. Trump is closer than ever to being indicted by the same DOJ he tried to take over.