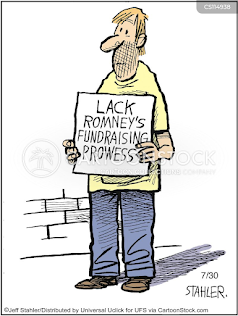 Thanks for attending today's class on How to Raise Money off of Lies and Rumors.

The contributors to this GOP master class program come to you from the Dark Net.

Today's lesson from Fox News is being brought to you by Rupert Murdock. Remember, fear is your best friend.

Republican Senator Rick Scott was quoted, "We did not believe it when we first heard."

Oh no! A black woman and an Obama! Dear Lord! That must never happen. Who do I give my money too?

"Yup, you're reading this right. Michelle Obama? Running for PRESIDENT in 2024? The left-wing Democrats KNOW they are going to LOSE their Majority in Congress this November, so they want to bring out an OBAMA to save them in 2024."

(Pause for a fact check. It's marlarkey, as Joe would say. Michelle has long made it clear she's not interested in running for political office. She reminds people it was her husband who went into politics. As his bride she went along for the ride.)

Back to day's lesson.

1. Know your audience. If they believe in Jewish space lasers you need to connect with them and suggest Michelle is also behind the assault from the stars.

2. You can go fact free if you make your fundraiser into a conspiracy. The alt-right just can't get enough of them. They're also great donors.

3. When confronted by the nosy liberal press tell them, "I'm rubber, and your glue. Everything you say to me bounces off and sticks on you!"

For extra credit you can donate money to cover Trump's legal fees. In return you'll get his autograph on a photo of him desecrating the Oval Office with a row of canned beans stacked on the resolute desk.