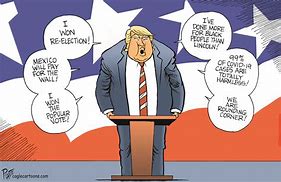 The world is going to turn upside down in August.

Blue skies will become green. Grasslands will be a brilliant blue with lavender highlights.

And, Trump will be reinstated as president.

Social media trolls of all persuasions are experiencing a mass hallucination where their beloved leader will be restored sometime in August (according to users on YouTube the big day will be the 13th).

And, Trump will be crowned as "president" for life.

Fun fact check: There's no constitutional way for Trump to return to his old job. 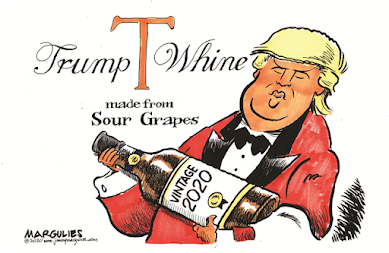 Because Trump is such an epic bad loser, he's never going to quit his crusade against the constitution and our hard-fought for democracy.

No surprise to anyone, Trump is telling his closest allies that he thinks he'll be back in office this August.

I read a Political/Morning Consult poll that reported 29 percent of Republican voters believe Trump will return to the White House this year.

That's a lot of people living in an alternative universe. Worse yet, they can vote.

Bat shit crazy Pillow Boy, Mike Lindell, is looking forward to August so he can share his latest looney event - a cyber symposium - that will motivate the Supreme Court to overthrow the election results with a 9-0 vote.

Like all the fake audits popping up in swing states, nothing is going to change the fact Joe Biden is our president. Reality does win out in the end.

The grass will still be green and the skies blue despite the assembled trolls best efforts.