The Enemy Within: Far-Right Republicans 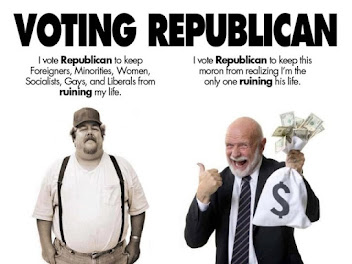 Since Trump destroyed whatever credibility the Republican party had, it's politicians have become the enemy of the people.

Just look at the rank and file Republicans who wanted Biden's American Relief benefits. GOP Republicans in Congress voted against it despite their constituents desire for help.

The most recent assault by GOP obstructionists in Georgia shows how high the stakes are.

Republican lawmakers passed a bill that will seriously restrict voting rights after losing the state to Democrats in 2020.

The bill is a blast from the past featuring Jim Crow laws that would have made racist George Wallace proud.

But it doesn't end there.

The attack against voting rights is being duplicated in 38 states with Republican legislatures as I write this.

Exactly when did it become okay to blatantly subvert voting rights out in the open?

Traditionally Republicans have tried to suppress the vote because they fear more people will vote for Democrats if given the opportunity.

That attitude went viral when Trump took office. After he lost the election, he rallied his MAGA supporters to declare all-out war on voting accessibility.

The sad part of this dismantling of American voices is that it wasn't always like this. I remember when ALL AMERICANS were urged to vote.

Under Trump, the Republican party has become "the enemy within."