Meet The Newly Revived 'No Nothing Party' 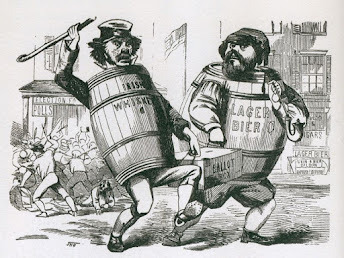 Once upon a time in American history there was a group called The Know Nothing Party - a nativist  political party which operated nationwide in 1855.

The Know Nothing Party was xenophobic and known for its crazy conspiracy theories. It's roots trace back to 1853 when a group of cretins formed a secret society known as the Order of the Star Spangled Banner.

Later it was renamed the Know Nothing Party. There was an initiation rite called "Seeing Sam" and members had to be pureblooded pedigree of Protestant Anglo-Saxon stock. Catholics were outright rejected.

Like most secret societies the members weren't allowed to talk about their secret society. If asked anything by outsiders, they would respond with, "I know nothing."

The 21st century has seen a revival of the Know Nothings among conservatives.

Like their predecessors, xenophobia is one of the hallmarks of the modern day Republicans who have chosen to believe in conspiracies' - think QAnon - and white supremacy is rampant among their followers.

Terms like "fake news" is the modern equivalent of "Know Nothing" when it comes to factual occurrences.

Like the original party, the new "Know Nothings" are spread out across the nation and are poisoning political discourse today.

What's left of the GOP had better find it's identity again as members are flocking to the new game in town where facts and racism are constant talking points.