One of the best entertainment acts in Washington DC for the last four years is gone.

Press briefings during the Trump Administration were more than just simple Dog and Pony show - they were full-fledged circus's with four ringmasters who served up lies, and who were all allergic to facts.

Everyone has a favorite ringmaster. Mine was  Sean Spicer. He was the first. I loved watching him get red in the face and turn on the press like a rabid hyena.

His opening act became a classic when he claimed Trump had the largest audience to witness an inauguration of any president, and then doctored a photo to make it appear like there was a massive crowd. He lasted 182 days. 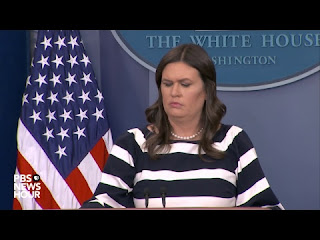 She quickly earned a reputation for lying and snarling at the same time.

She's  best remembered for not holding daily press briefings, setting three records for the longest streak between formal briefings: 41, 42 and 94 days. The latter ended when she left office. She lasted 340 days on the job. 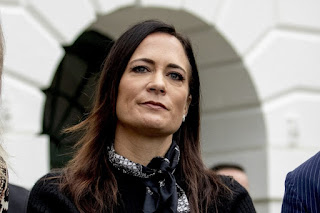 Who can forget Stephanie Grisham? (I almost did here)

She followed Sanders and took the WH podium in July 2019.

Her moment of infamy came when she was criticized for describing the botched execution of Joseph Rudolph Wood III as "peaceful" after other witnesses said he was gasping for air.

"There was no gasping of air," she told the assembled media, "There was snoring." It was shortly after this that she quit giving briefings and Trump took over. 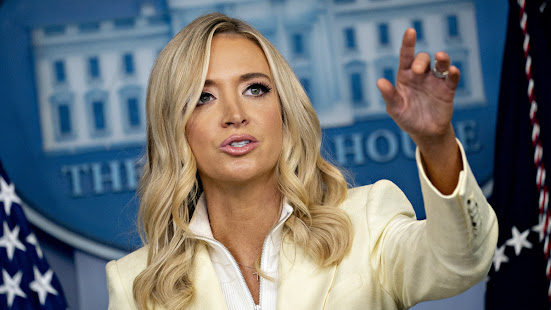 She still retained her title up until April 7, 2020 when Kayleigh McEnany assumed the role.

It soon became apparent McEnany was the best gaslighter and liar of all the circus acts that went before her.

She enthusiastically backed Trump's conspiracy theories. The worst one was when she said that voting by mail had a "high propensity for voter fraud," furthering Trump's attempts to steal the election.

Side Acts Worth Mentioning 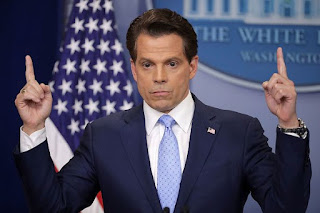 When Sean Spicer resigned in July 2017, Trump appointed Anthony Scaramucci as the new communications director. Less than two weeks later he was removed from the office. 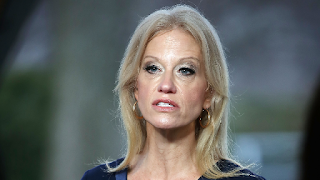 Kellyanne Conway - who coined the infamous phrase "alternate facts" was Trump's Senior Counselor who often appeared on TV talk shows defending his every action and word.

Midway through 2020, Conway suddenly resigned from her job.

It turned out that her vigorous defense of Trump and her husband George's loathing of him was breaking up the family.

George was heavily involved with The Lincoln Project, a group dedicated to getting Trump out of office. Kellyanne and he declared a truce for their 16-year old daughter's sake.

For a while there, I admit a guilty pleasure watching the clowns Trump had speaking on his behalf. They each had a flair, but the one thing they were united on was that Trump was the Main Ringmaster.

I wish Joe Biden's selection, Jen Psaki, good luck restoring the WH Press Secretary job's reputation. Give me boring, as long as the truth is being told.