America Will Never Be The Same After Trump and the Pandemic 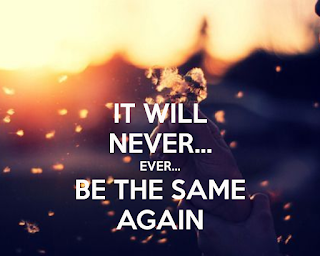 Between the pandemic that's killing 2,000 Americans daily, and a treasonous president who won't except the results of a fair election, America will never be the same.

Age old traditions have been trampled on by Trump and his enablers. Laws have been lynched by his crooked lawyers and cronies in key government positions.

Morality is mocked. Science is scorned. Civility is a casualty. Compromises have been crushed by Trump's authoritarian regime.

Democracy has never been this close to collapse. If Trump would have won, there was a distinct chance that future generations would be living in a fascist state.

But Biden won, and Trump melted down trying to reverse the will of the voters with lies that appeal to his QAnon, and extreme right-wing followers.

The country has to endure 59 more days of Trump's terrible tantrums and purging of people disloyal to him, and the lighting of foreign fires to hamper the incoming Biden administrations foreign affairs.

Somehow we'll get through this assault on democracy and Trump will have to go back to being a civilian facing numerous crimes in the year(s) ahead.

It's the pandemic that will have longer lasting effects on America as a whole. Surviving this dark winter is going to be a bigger challenge than anyone alive in the country today has ever faced.

Despite COVID-19 vaccines that are predicted to be available next spring for the majority of Americans, many won't take it for myriad reasons.

Unfortunately, the virus will be around for the foreseeable future. There's hope for mitigating the virus with the arrival of Biden's Health Advisory Team whose decisions will be based in science, not politics like Trump's Coronavirus Task Farce.

Everything we once took for granted, from sports to entertainment, is going to be different. The days of football stadiums with 60,000 cheering fans are gone.

While the challenges are many, I'm confident Americans will meet them and our republic will stand as a beacon of freedom in the world.

Quote for the Day; "Nothing is so painful to the human mind as a great and sudden change." -Mary Wollstonecraft Shelley