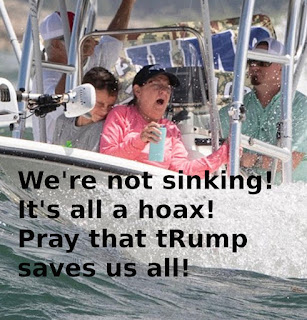 It started out to be a perfect MAGA celebration on Lake Travis in Texas, but ended in a stunning defeat for the Trump Victory Boat Parade.

Antifa Navy!
One organizer said it was no accident the boats were sinking everywhere, and suggested terrorists were behind it.

Another organizer came right out and claimed it was the Antifa Navy. Still another said the Antifa Navy was in cahoots with the Antifa Spaceforce to accurately single out specific boaters to sink. 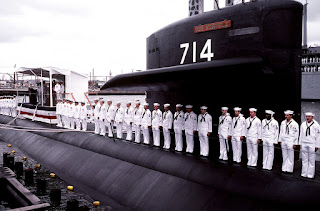 Brave Antifa Navy sailors stand on the deck of the USS BIDEN BLUE WAVE submarine, following their stunning defeat of the Trump Navy in the Battle of Lake Travis yesterday. 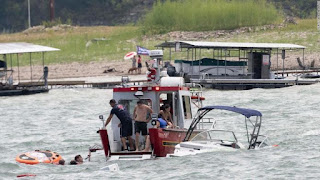 Alex Jones is going to investigate how the Antifa Navy made the water so choppy.

Observations from shore side witnesses 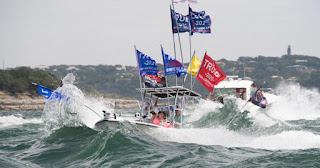 Female Observer, "The whole thing was straight out of a comedy. It should be called Dumbkirk," she chuckled.

Onsight Reporter, "It quickly became apparent that most boaters were drunk on their asses and speeding. There was something symbolic about the bigger boats swamping the smaller ones in a mad rush to nowhere."

Male Observer, "I liked the part where the Antifa submarine surfaced after firing Chicken Soup torpedo's."

Quote for the Day: "If you ever find yourself in the wrong story, leave." -Mo Willems
Posted by ImBlogCrazy at 7:46 AM