Pandemic Diary Day 88: The Killer That's Still Among Us 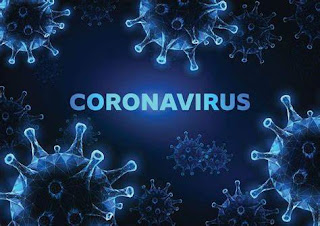 Alert! The killer is still among us.

More than 1,000 Americans are still dying daily from the coronavirus.

There's been over two million cases reported thus far as the count climbs amid an unofficial opening two weeks ago when hundreds of cities were packed by protestors against police brutality.

Most of the protestors didn't practice social-distancing as they poured out into the streets, despite CDC regulations against such mass gatherings.

Mixed with the protestors were people who simply had enough of staying indoors. Coupled with Trump's magical thinking that the country was ready to reopen, the flood gates were thrown open.

Too many people are acting like the COVID-19 is no longer among us, or if it is, so what? The danger lies in denial of what's quietly happening as Americans resume activities without proper safe guards.

Coronavirus cases are increasing. Another 1,299 Americans died yesterday. With the country opening up come what may, despite alarming indications that the coronavirus is intensifying its assault, the result is inevitable.

The invisible killer walking among us has no party affiliations, or respect of human life. Healthcare officials are now predicting that another 100,000 people will die by September.

Over a dozen states have recorded spikes in hospitalization. Arizona is on the verge of having no way to treat the influx with hospitals approaching full capacity.

People want their lives back. I get that. It's ironic that many who feel liberated and are ignoring healthcare experts and going back to their routines, will die, or will come down with the virus.

It's also ironic that 50 percent of Americans still don't feel safe going outdoors. It's a desperate choice to make. One that every individual will have to consider with the possible ramifications of infecting a loved one or friend.

**A bad decision - A rare and endangered fish found only in Oregon in one lake, was removed from the endangered species list.

**Troubling news - Oregon uses coronavirus data to make decisions about reopening. But it refuses to release that data. Why?

It's clear to me that politics are involved. Something I've seen too much of in recent days with governors opening up their states prematurely because of politics.

The reality is no one seems to know how many contact tracers have been hired. The Oregon State Health Authority has not provided basic statistics and has been under fire from statewide media to do so. Someone needs to get off their ass!