Pandemic Diary Day 107: Will Trump Get Away With Colluding with Putin...Again? 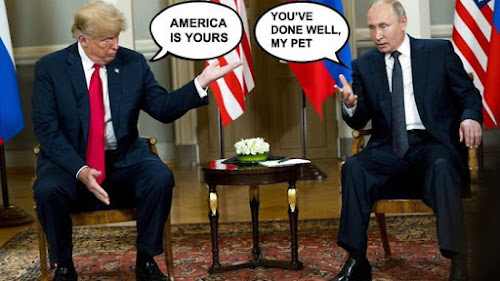 Dear Diary,
Where to start?
Trump or the pandemic? Both are imminent threats to Americans.
The coronavirus never went anywhere despite Trump's crazy claims. That's pretty obvious with 40,000 new infections daily; a higher count that when the virus struck in March.
Trump is able to call the virus vile racist names like Kung Flu all day, but when it comes to protecting Americans he's surrendered to COVID-19. He currently spends his time avoiding any responsibility for the growing death count across the nation.
Then there's the threat Trump ignored. Russia offered bounties on American soldiers and he was briefed about that in February. That's how long the information has been available and he hasn't done a damn thing about it. Other than try to conceal it.
He initially said he didn't get a briefing on the threat to American men and woman serving in Afghanistan, and when facts destroyed that lie, his cronies defended him and said he didn't read the briefing the day it was submitted.
After listening to past intelligence officials and past cabinet members admit Trump does NOT read daily briefings, and precious little else, we know the only briefings he pays attention to are SHORT oral briefings accompanied with some graphics to keep him focused.
Still...
that's no excuse!
If our intelligence agencies failed to orally brief Trump then there's a reason. Perhaps they were afraid to? Putin is Trump's buddy. That's common knowledge worldwide.
Then there's the very real possibility Trump was informed and clamped down ( like he's done in other similar situations) on the information; but the story still leaked out. Republicans and Democrats are outraged, but it remains to be seen what actions will be taken.
Democrats weren't even briefed until yesterday, days after the story broke and Republicans were already briefed.
Meanwhile our science denying idiot-in-charge continues to resist face masks and other measures that could save people's lives.
I wonder what will come of this damning Russian bounty story? Will Trump get away with colluding with Putin again? Or, will Congress take action?
On the Homefront - Medford Oregon 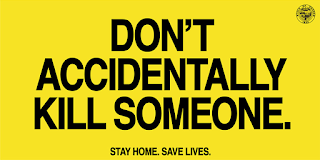 Oregonians are in a dangerous position going into the 4th of July weekend as coronavirus cases continue to increase.
Memorial Day caused what we're seeing now, and if Oregonians don't practice safe distancing and wear face masks...it will only get worse in the coming weeks.
Quote for the Day; "Fighting corruption is not just good governance. It's self-defense. It's patriotism." -Joe Biden
at June 30, 2020