Dark Days Ahead: The Uphill Battle for America's Democracy 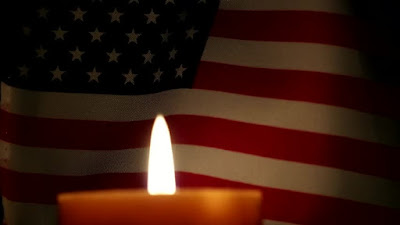 "These are the times that try men's souls."
-Thomas Paine

A dark cloud has settled over America this week.

After last weeks denial of witnesses and evidence in Trump's trial by GOP senators, the die was cast. Any doubt that it was a sham trial will be confirmed today.

After a senate vote we'll have a lawless president thanks to senate Republicans. Checks and balances of power will be permanently peeled back exposing the nation's first dictator.

There will be nothing to stop Trump from picking up where he left off when he's acquitted. There's no doubt that he will interfere again with the 2020 election, and feel free to get foreign help if necessary.

Trump was impeached for his crimes in the House of Representatives, but he was never close to being convicted by the Senate. The fix was in, and Senate Leader McConnell even bragged about it.

As if this wasn't enough bad news for Democrats, they had to suffer through the biggest Iowa Caucus screw up in history!

Critics are asking, "If the Democrats can't even put on a primary, how do they expect to have success staging a national campaign?"

Worse yet, "How do the Democrats plan on running the country when they can't run a primary?"

One more troubling factor...
There's been rumors that the new phone app the party was using was hacked. I'm concerned people will start believing there's no way we're going to have a fair election after this breakdown, and the fact Trump will be unfettered and putting his tiny fingers on the scales in November.

These are dark days for our republic. Our Constitution is being perverted by partisans with no sense of decency, honesty, and integrity. Truth has become a casualty in the most corrupt presidency this country has ever witnessed.

Democracy is at a crossroad this year.

There's never been a more important presidential election since this country was founded.