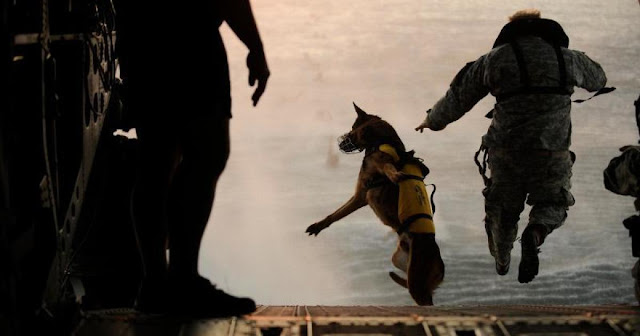 The world's number one terrorist leader was killed in a daring nighttime raid by American special forces on Sunday.

In a 48-minute campaign speech after the news was released, Trump took nearly all the credit for the success of the operation; surprising no one in the room... or the country.

The first credit he gave to others involved in the raid was to Russia... that's right, our biggest enemy in the world, alongside China.

Then he thanked Turkey. He did get around to thanking our special services for their successful mission. In an afterthought he mention the Kurds helped.

As after-reports continue to pour in about the operation, it's becoming clearer the Kurds were vital in the hunt, and they provided the information that led to el-Baghdadi's death.

This is the same ally that Trump throw under the bus. Even as the Kurds were fleeing their cities their intelligence operation was working with it's American counterparts to locate ISIS's leader.

Also: Death of ISIS Leader Was IN SPITE of Trump's Actions

Trump and his minions were quick to tamp down on the part played by the Kurds. Instead the praise went to Putin and Erdogan for their permission to carry out the raid.

Almost as an afterthought, Trump decided to stay in Syria to "protect" the oil fields despite his claim of bringing troops home.

Trump told reporters that he intends to "...make a deal with an Exxon-Mobile or one of the great companies to go in" and exploit the field properly.

"We should be able to take some also," he coyly added.

With no regard to how it looks - America exploiting foreign lands resources - Trump decided to stay in Syria for oil. Not to defend the Kurds, but to guard a revenue source in the Middle East.

ISIS is a many-headed snake. Cut off one head, and another takes its place.

Middle Eastern intelligence agencies have been telling their American counterparts since last year, that ISIS planned ahead of their leader's death, and already has at least two leaders groomed to take Baghdadi's place.

I suspect our intelligence agencies haven't bothered relaying this information to our Liar-in-Chief, who is still taking victory laps.

Time for me to walk on down the road...
Posted by ImBlogCrazy at 9:40 AM