Peto's Paradox: Why Don’t Elephants and Whales Get Cancer As Much As Smaller Animals? 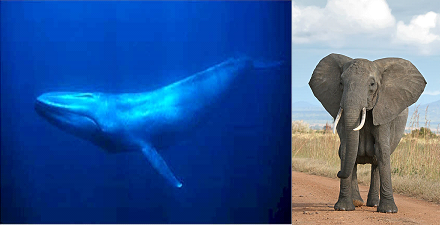 Researchers have long wondered why Cancer is much less common in elephants than in humans, even though the big beasts' bodies have many more cells.

Peto's paradox refers to the fact that large animals including elephants and whales, have comparatively low cancer rates even though they have many more cells than smaller species.

Elephants' cells contain 40 copies of a major cancer-suppressing gene called p53, two teams of scientists report. Humans have just two - one from each parent. The gene helps damaged cells repair themselves or self-destruct when exposed to cancer-causing substances.

The findings aren't proof that those extra p53 genes make elephants cancer-resistant, but if future research confirms it, scientists could try to develop drugs for humans that would mimic the effect.