Meet Florida’s Candidate for US Senate: He plans on Starting a 2nd Civil War! 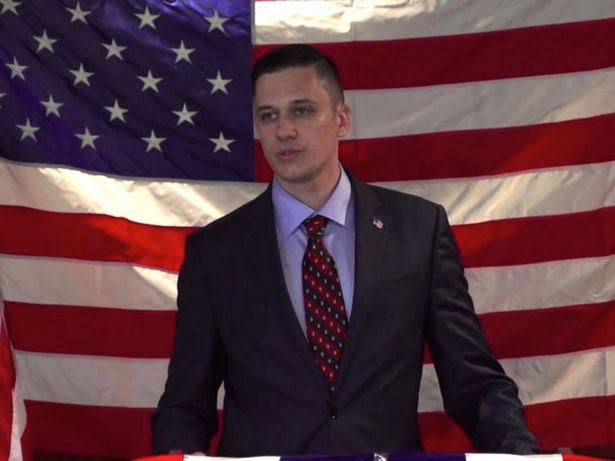 So, you thought Donald Trump was a crazy political candidate. You haven’t seen anything yet.

Meet, Augustus Sol Invictus, an Independent running for a US Senate seat in Florida. He believes he was born to start a 2nd Civil War in America.

Even Trump can’t top that thought.

Invictus has repeatedly vowed that it is his destiny to start a second civil war in America.

In a 2013 memo to his colleagues, he wrote, “I have prophesied for years that I was born for a Great War; that if I did not witness the coming of the Second American Civil War, I would begin it myself.” (Source)

Trump’s campaign slogan of Make America Great Again may be misleading, but when you take a look at Invictus’s campaign logo you’ll find yourself blinking in disbelief. It’s nearly identical to that of Benito Mussolini’s. He also likes to display swastikas in his published campaign materials.

Crazy enough for you?

But wait! There’s more: He has expressed support for a eugenics program, which would sterilize, euthanize or forcibly abort 'the weakest, the least intelligent, and the most diseased.”

If that doesn’t convince you he’s a true Loony Tune, the US Senate hopeful has admitted that he sacrificed a live goat and drank its blood. He’s a Pagan by the way.

FYI: Invictus has a frequently asked questions section on his website .

Sound’s like the Republican and Democratic candidates in Florida seeking senate offices are really going to have a challenge for the “crazy vote” in that state.