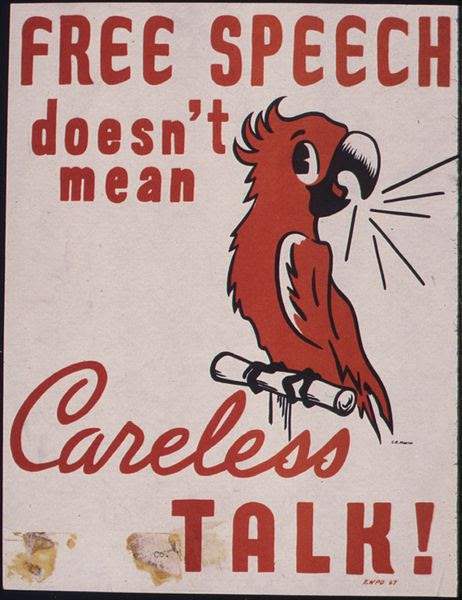 No one is exempt in the Age of Social Media Madness led by the PC Police.

Nowadays making a politically incorrect joke, or comment, can mean everything you ever stood for will be invalidated. Your career ruined by faceless minions of social justice tweeting and Face Booking you into the realms of a social and financial outcast.

Daring to give an honest opinion on something has become chum for the PC sharks who constantly swim the airways and internet searching for victims.

The latest example of what I’m talking about is Tim Hunt’s story. He’s a well-known Nobel Prize winner who was promoting science education throughout Europe and the world until he ran afoul of “PC Tweeter Police” and “Face Book Judges.”

Suddenly, literally overnight, he’s reviled as a sexist beast and stripped of most of his positions because of inappropriate comments about women in science.

The inappropriate comments were made at the World Conference of Science Journalists in South Korea last week. So what did the man say that was so horrible?

Two things about that comment. He was partly joking, and being serious about a situation that he thinks does exist in the scientific community. He’s experienced it first hand and told his audience that.

So, does that comment completely negate all the man’s work – his Nobel Prize and other achievements?

Apparently so. Gone is his position with the European Research Council science committee. Gone is his role at the Royal Society. Gone is his honorary post at University College London.

He said Sunday he was fired from the latter, while the university has said only that his resignation was accepted.

Everyone doesn’t think he’s such a monster however.

Athene Donald, a leading physicist who is master of Churchill College at Cambridge University, said Hunt always enthusiastically supported her work when she served for five years as Gender Equality Champion at the university.

"I've spent a lot of time with him and I've never seen any sign of sexism," she told The Associated Press. "He has traveled the world since he got the Nobel Prize, talking to young audiences, male and female, giving so generously, and now he has been ruined."

I agree with Athene. He’s been ruined, and it’s not right.

She said the speed with which news of his comments spread via social media has reinforced for many scientists the dangers of speaking to the press or to the public.

I certainly understand that. What’s really sad is the damage is irreversible.

"We're all of us terrified," she said. "In this media age, when sound bites spread so quickly, an off-the-cuff remark after a lunch in some conference can suddenly result in the fatal destruction of your career."

Posted by ImBlogCrazy at 6:08 AM