Scammed! 4 Cancer Charities Busted for Cheating Donors Out of Millions 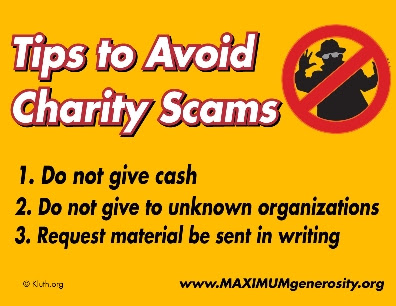 If there’s one thing I hate it’s con artists/scammers.

You hear about them all the time. There’s phone cons, identity-theft cons, and cons that target charities. The real scum bags go with the last one.

I lost a sister to breast cancer, and feel strongly about supporting the cause for a cure. There’s millions of other Americans that feel the same way.

The American Cancer Society’s estimates for breast cancer in women in the United States for 2015 are:

As these figures suggest, the fight to end breast cancer continues.

But some low-lives take the money that people donate towards a cure, and use it for their own personal gain. The following article is a disturbing example of how charitable funds can be misused:

“A federal lawsuit alleges four cancer charities have scammed consumers out of more than $187 million.

All four charities are run by members of the same family or their close business associates, as detailed in the 2013 "America's Worst Charities" joint report from theTampa Bay Times and the Center for Investigative Reporting.

The lawsuit serves as a reminder to consumers to vet nonprofits carefully before donating. Americans gave $335.17 billion to charity in 2013, according to the Giving USA 2014 report, put out by the Giving USA Foundation and the Indiana University Lilly Family School of Philanthropy. Health charities received $31.86 billion of that, up 4.5 percent from 2012.” (source)

I don’t want to discourage you from donating to the charity of your choice, but I am cautioning you to check the charity out before giving your hard-earned money to them.