Dirtiest Destinations: Rome, the ‘Eternal City’ is a Dilapidated Disgrace 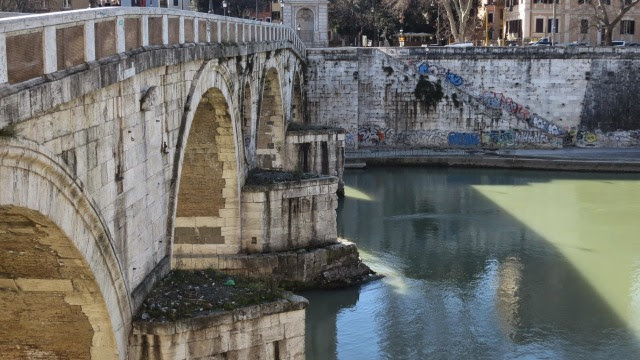 Rome, aka the “Eternal City” is a dilapidated disgrace.

The glory days of Rome are long past. In recent years Rome has found itself in the unenviable position of being ranked among Europe's dirtiest destinations, according to TripAdvisor surveys.

The renaissance-era Ponte Sisto is strewn with sprayed-painted graffiti, and the banks of the river Tiber seem abandoned and soiled with uncollected garbage.

Despite this, the Italian capital was chosen as one of the filming locations for "Spectre," the latest installment in the franchise featuring Britain's favorite Martini-swilling spy 007.

But local campaigners are worried that rather than promoting the Eternal City on the international stage, the movie will merely highlight how dirty and run-down Rome has become.

Photographs posted on Basta Cartelloni show the film's locations looking grim, unkempt and in a general state of decay.

With tourism dwindling every year you’d think the locals would do something about it. A citywide cleanup would be a good place to start. Maybe the threat of international embarrassment will be enough to jumpstart a beautification campaign.