Why GOP presidential hopefuls should stay away from the United Kingdom 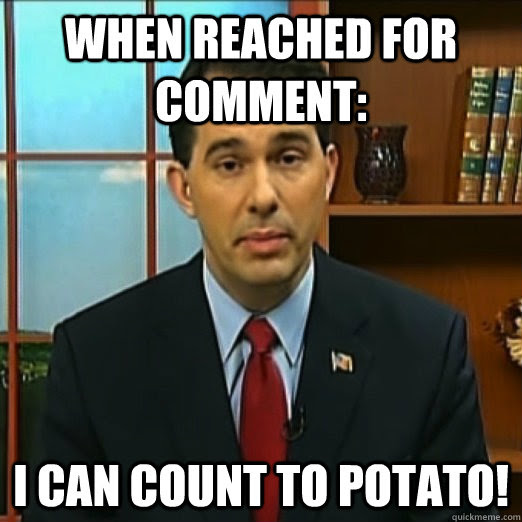 When I read Democratic National Committee spokesman Mo Elleithee’s statement to the press I was surprised:

"Do any other GOP presidential candidates want to go to London? If so, let us know. The DNC is more than happy to pick up your travel costs."

What the heck? Then it dawned on me.

Lately, there’s been several GOP White House hopefuls who traveled to the United Kingdom to pad their foreign credentials, and each managed to embarrass themselves and others.

New Jersey Gov. Chris Christie's trip to the U.K. was driven off course by a question about childhood vaccinations.

Louisiana Gov. Bobby Jindal came in for criticism during his visit abroad when he said Muslims have established autonomous "no-go zone" neighborhoods in some Western European cities where they govern by a harsh version of Islamic law

And most recently, there was Wisconsin Gov. Scott Walker, who capped an appearance at the prestigious Chatham House think tank by avoiding a question about whether he believes in the theory of evolution.

Walker appeared to take some lessons from Christie's widely panned trip, which ended with his staff canceling three meetings planned with reporters. Walker limited his agenda to mostly private meetings with government officials, business executives and ex-pats from Wisconsin.

His only public event was a 15-minute speech, which he followed with 45 minutes of questions and answers.

The query about evolution, posed by the event's moderator, was the last one of the day.

"I'm here to talk about trade and not pontificate on other issues," said Walker, who then tried to make a joke. "I love the evolution of trade in Wisconsin and I'd like to see an even bigger evolution as well."

I guess no one in the audience was laughing because the British press went after him like honey badgers!

Which brings up the obvious:

American presidential candidates trying to get credibility in the UK have failed horribly, and more than likely the UK will continue to be the Waterloo for White House wannabes.

So far, just GOP members have tried. As there doesn’t seem to be any other presidential

candidates for the Dems other than Hillary Clinton, it’s safe to say she doesn’t need to go to the UK for a grip-and-grin.

She’s been there, and done that. Her foreign credentials have been established, but not without controversy.

I doubt she’ll ever shake off the GOP’s rabid jackals who continue to try to blame (an 8th committee has assembled for another try) the Benghazi fiasco on her.

My advise to the GOP presidential pack of candidates is simple:

Campaign at home. You already make asses out of yourselves here as it is, but when you go overseas you magnify the effect by ten-fold!