‘The Hackers are Coming ! God Save Us From The Fury of the Hackers’

Can you imagine the sight, as shiploads of Vikings landed in England to pillage its churches and seize its land?

Cries of “The Vikings are coming! God save us from the fury of the northmen!" rang out throughout ancient England.

Today the world cries out, “Save us from the hackers!”

Like the Vikings, nothing can be done to escape the hacker’s attacks. Stalking the internet like Viking “Berserkers” with little regard for any government or institution, the hackers are becoming bolder daily.

In same cases hackers are state-sponsored. In all cases they do real harm. Worst of all, most of the time hackers don’t get caught. 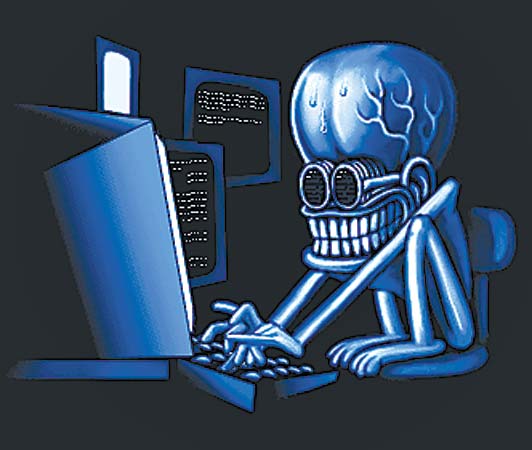 This was a virus that affected almost 15 million computers worldwide. It exploits a security hole in Windows operating system. It makes way to the files and folders in the computer. Even the registry files are exposed to the hackers by the attack of this virus.

That’s why Microsoft has offered a $250,000 bounty for the developer of the virus. After getting infected the hackers will be able to get all the passwords and confidential data. Later on Microsoft has developed a patch to block this hole in their operating system.

Spotify is an online music streaming web site which has over one million subscribers in it. Recently this web site was hacked by hackers. It exposed all the account details of the users such as birth days, postcodes, and e mail addresses to the hacker.

It prompted the users to change their passwords to neglect the affect of it. Fortunately the financial details like credit cards which are used for the payments by customers were not revealed, because it was handled by an outside source.

Gary McKinnon is a Scottish hacker who hacked into the supposedly most secured networks in the world. He hacked into Pentagon and NASA networks in between February 2001 and March 2002. He admitted the hacking responsibility and now facing chances of extradition to United States.

He has done this to get information about UFO researches. Now all depends on the review of the Home secretary Jacqui Smith. Even though Gary is having Asperser’s syndrome, doctors have not given any objection for a trial because of that. If he is finally extradited he might get 70 years in prison.(Source)