As is usually the case with me, I’m looking down the road.

I expect 2016 to be a very interesting year for a couple of reasons:

The Presidential Election; and there’s going to be Marijuana Legalization ballots for voters in California, Arizona, Massachusetts and Nevada.

Neither party has trotted out their candidates yet.

Names have been dropped. If Hillary Clinton doesn’t run for president, I’ll b

e surprised. She’s considered the only viable presidential candidate for the Democrats.

Hillary has been coy however, and hasn’t firmly thrown her hat into the ring.

Guessing who will run for the Republicans is an exercise in futility right now.

I just heard that Jeb Bush is thinking about taking up the family business. Another Bush in the wings would be like watching the movie “Groundhog Day” with Bill Murphy, but not as entertaining.

Three times is not the charm in this case. The country is still paying a stiff price for George “Dubya” Bush’s regime.

Food for thought; if Hillary is elected it’ll be the first time two American presidents had sex! Forgive me, but I’m not the one who came up with that. Sounds funny though eh?

Moving on to legalizing marijuana:

The Marijuana Policy Project filed paperwork with the California secretary of state's office registering a campaign committee to start accepting and spending contributions for a pot legalization initiative on the November 2016 state ballot.

The measure would be similar to those passed in 2012 by voters in Colorado and Washington, the first U.S. states to legalize commercial sales of marijuana to all adults over 21.

California, long the national leader in illegal marijuana production and home to a thriving, largely unregulated medical marijuana industry, is one of the 21 other states that currently allow marijuana use only for medical reasons.

The Washington, D.C.-based group also has established campaign committees to back legalization measures in Arizona, Massachusetts and Nevada in 2016.

The state I live in, Oregon, is voting on legalizing marijuana this November. 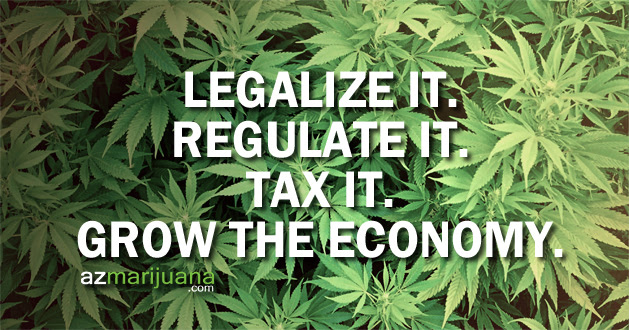 From my observations and conversations, legalization is not a shoe-in.

There’s lots of resistance by groups who don’t want to see it happen. One group is currently running a total disinformation campaign on TV, and in the local media.

There’s a lot of mud piling up for both the presidential campaign and the pot legalization campaign in 4 states.

I predict new nasty lows in both campaigns, with the presidential campaign being the worst. Aren’t politics grand?

One more prediction: we’ll have the lowest turnout for a presidential election in modern times. No saviors – from either party – are forthcoming.

Okay. One more prediction: There’ll be above-average voter turnouts in the 4 states looking at marijuana legalization.