The Truth, or Not the Truth: Truthers of all Feathers

This Sunday let’s talk about irony in the news.

Instead of a fact-finding group, Truthers believe things that fly in the face of reality. You know what I’m talking about.

WW II ended 70 years ago, but there are still people who say the Holocaust never happened.

Despite mountains of evidence to the contrary, Truthers take up positions on real-life events that shouldn’t even be an issue. What’s clear cut to the world, is a mystery to be investigated by Truthers.

The claim by Truthers who believe 9/11 was a conspiracy, is another matter. I can’t help 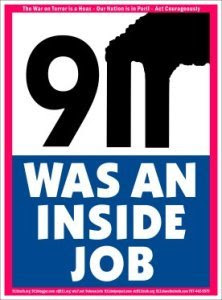 questioning some of the supposed facts and strongly suspect that there were a lot of things that went down on 9/11 that the government is still hiding.

In a Public Policy Poll taken by NPR last year 11% of voters believe the US government allowed 9/11 to happen. At first glance, that doesn’t sound like too many people. Consider this: according to the 2012 census, there are 313. 9 million people living in America. That’s 34,529,000 people who think something was up.

Adherents of the 9/11 Truth movement dispute the results of official investigations of the September 11 attacks of 2001, that al-Qaeda terrorists hijacked four airliners and intentionally crashed two planes into the World Trade Center buildings and one into the Pentagon, with another unintentionally crashing in a field near Shanksville, Pennsylvania.

TRUTHERS IN THE NEWS LAST WEEK

Two missing Sandy Hook memorial signs have been recovered in Herndon, Virginia - far from the states from which they were stolen - and a Virginia man has been charged in the case.

One memorial sign was stolen from a playground in Mantoloking, New Jersey, and the other from Mystic, Connecticut.

The signs were dedications to Sandy Hook Elementary School students: 7-year-old Chase Kowalski and 7-year-old Grace McDonnell, who were fatally shot in December 2012.

Truelove allied himself with people who believe the Sandy Hook massacre was staged or faked to encourage stricter gun laws, police said.

Truelove was charged with receiving stolen property, a misdemeanor. DeBoard said investigators were considering upgrading the charges to felonies, and that Truelove faces charges of grand larceny in Connecticut and New Jersey. They found Truelove already in jail on a probation violation.

In Connecticut a man stole a 50-pound vinyl peace sign from a Mystic playground built in memory of a Sandy Hook shooting victim then called the slain girl's mother to tell her why he did it, according to one of the playground's supporters.

William Lavin, the organizer of the "Where Angels Play Foundation" that built the playground honoring Grace McDonnell, said Lynn McDonnell received a phone call from a man on Tuesday claiming he had stolen the sign from the playground because he believes the shooting at Sandy Hook Elementary S 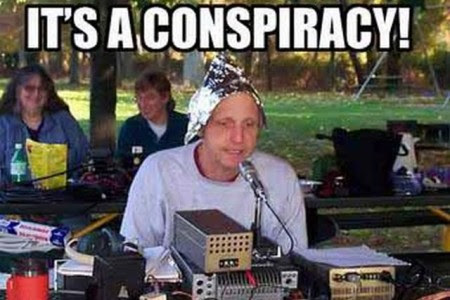 chool was a hoax. The caller told McDonnell her daughter "never existed."

HERE’S ONE OF MY FAVOURITES

Can you hear that “Looney Tune” melody? It plays too often in our society!