Former POW Bowe Bergdahl: ‘I’m ashamed to even be an American’ 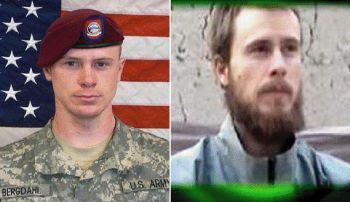 What were President Obama and his advisors thinking when they went all-out to arrange a prisoner swap with the Taliban?

What was the hurry? Why now after all the past attempts at making the same bargain have failed? What really changed?

The official word is he’s sick and needs medical attention. I’m sure he does. The Taliban aren’t known for serving steak and potatoes to their enemies.

Is he dying? Did Obama think his record may be stained if a POW dies under his watch with the world as a witness? Whatever the reason, it was a stupid move.

I say that for two reasons.

One; we are now negotiating with terrorists. Not just any terrorist organization, but the same one we invaded two countries going after. It’s always been a firm National Policy not to bargain with terrorists. For good reasons. But they were disregarded.

Was one sick POW reason enough for this sneaky swap? Not informing Congress was a flat-out violation of an agreement not to free Guantanamo Bay prisoners without a 30-day notice. A belated apology doesn’t make that right.

To compound this apparently ill-thought out prisoner swap, we got screwed!

We ended up with one American deserter, and they got five high-ranking officials. Pardon me, but any moron can see that was uneven swap. What do you think those five men are going to devote the rest of their lives too?

That’s right. Killing Americans. But we have Bowe Bergdahl. Excuse me, Sgt. Bowe Bergdahl. He got promoted a couple of times as his captors were indoctrinating him into Islam. Don’t be surprised if he announces he’s a Muslim now.

The U.S. Army is preparing to launch a full high-level inquiry into the circumstances of Bergdahl’s disappearance from his outpost in Afghanistan. That inquiry will determine whether a formal investigation into possible criminal charges against him.

Bergdahl was deployed to Afghanistan in May 2009. Just six weeks after his arrival in the region, he was captured in Paktika province in Afghanistan and taken into captivity. The Department of Defense classified his status as “Missing-Captured.”

That summer, U.S. officials confirmed that Bergdahl had “just walked off” the base in a remote region near the border with Pakistan. By 2010, a Pentagon investigation, concluding that Bergdahl had left his unit voluntarily without his weapon or body armor, and pulled back the most aggressive efforts to retrieve him, the Associated Press reported.

Bergdahl’s platoon members say that those efforts proved deadly to six soldiers as they searched for their vanished colleague.

Rumors of his possible desertion were further fueled in June 2012, when Rolling Stone magazine published emails that Bergdahl reportedly sent to his parents before his capture, lamenting that he was “ashamed to even be an American.”

The administration was hoping for some kind of PR victory by bringing Bergdahl home. It was a bold move. But not the right move.

Look at what our country has given up. A precedent has been set. It’s now open season for taking American prisoners so the Taliban can swap them for their cohorts in Guantanamo Bay.

Bergdahl is no hero, by any stretch of the imagination. That will come out when the inevitable investigation is made on why he deserted his post.