Justin Bieber doing prison time? I doubt it with his money

How does a snot-nosed Canadian punk become an idol in America?

I’ll never understand what Justine Bieber brings to the table that millions follow him on social media sites, buy his records, and go to his concerts.

Throw in the fact that he thinks he can do whatever he wants wherever he’s at, and you have the making of a monster.

I always considered him a piss poor white boy imitation of Michael Jackson (golden glove anyone?). Here’s a random sampling of what Bieber boy has been up to in the last month. He’d make any mother proud wouldn’t he? NOT!

Justin Bieber Had Pot, Pills in His System During DUI Arrest: Toxicology Report

Justin Bieber Flagged by Customs Because of Criminal Charges 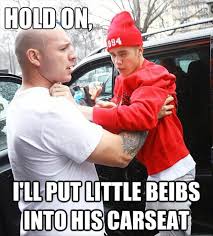 I know he has – I’ll put this lightly – a RABID FOLLOWING, but it doesn’t mean he’s a great person. It means he’s a pretty boy adored by countless girls in North America, and can sing like a bird with Tourette's syndrome!

But Bieb also has plenty of people in the states who are sick of his spoiled antics:

Can you see President Obama banning the Bieb from our shores?

Perhaps the thing that bothers me most is the fact that the criminal justice system in the United States and Canada favors the wealthy. The following article may lead you to think there’s a chance Bieber will get in trouble for breaking multiple laws…but don’t bet the bank on it!

“Justin Bieber could face federal prison time and a hefty fine if the Federal Aviation Authority finds he interfered with the flight crew aboard a private jet, according to authorities. 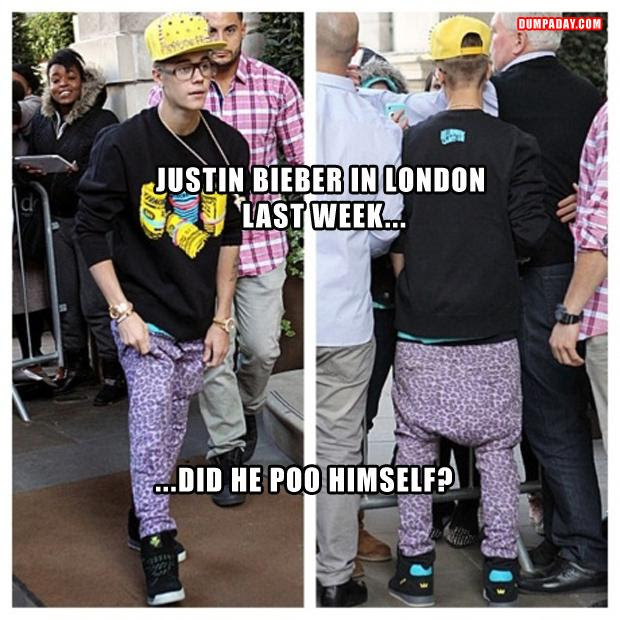 Last week, NBC News exclusively obtained a law enforcement report that said Bieber and his father had been “extremely abusive” to a flight attendant during a flight from Canada to New Jersey on Jan. 31, forcing her to take refuge in the cockpit.

“The captain of the flight stated that he warned the passengers, including Bieber, on several occasions to stop smoking marijuana,” said the report.

According to multiple law enforcement sources, the leased Gulfstream IV on which Bieber, his father and 10 friends traveled to Teterboro, N.J. was so full of marijuana smoke that the pilots were forced to wear oxygen masks.” Full story here