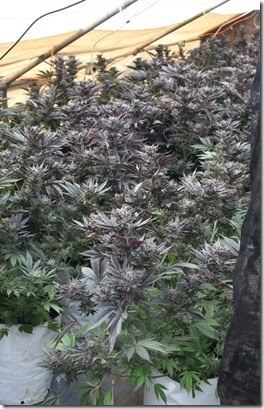 The petition argues that local governments are pre-empted by state law from banning cultivation by qualified medical marijuana patients, insofar as California’s Compassionate Use Act (Prop 215) and the Medical Marijuana Program Act (MMP, aka SB 420) explicitly authorize such cultivation.

At issue is the right of seriously ill patients to grow for their own medical use in accordance with Prop. 215.  The plaintiff, James Maral, who suffers severe chronic medical problems, challenged an ordinance by the City of Live Oak declaring it illegal to grow any marijuana at all.

The city also bans dispensaries, leaving Maral with no legal access to medicine. Local dispensary bans are not being challenged in this case, as their legality was upheld in the Supreme Court’s Riverside decision. Unlike dispensaries, however, cultivation by individual patients and their primary caregivers is explicitly protected under state law.

“If you ban dispensaries and you ban cultivation, you’re ripping the heart out of California's medical marijuana laws,” said Elford. "The appellate court’s decision conflicts with the intent of the electorate and Legislature and should not be allowed to stand."

In particular, notes Elford, the MMP provides that individual patients may maintain six mature or twelve immature plants for their personal medical needs. In addition, the MMP expressly authorizes localities to enact guidelines that are higher – but not lower – than the state’s six plant limit.

“Together, these provisions constitute a clear statement by the California Legislature that the State’s municipalities may expand upon the “safe-harbor” provisions afforded to medical marijuana patients regarding cultivation, but they may not subvert or obliterate them,” argues Elford.

The petition also argues that the Live Oak ordinance should be preempted for being inherently “inimical to” state law. In adopting the ordinance, the Live Oak City Council cited the position of the California Police Chiefs Association that “Marijuana is destructive to our society and should remain unlawful,” a position directly at odds with that of the voters and legislature.  Courts have taken different positions as to when ordinances are pre-empted as “inimical to” state law.

In the wake of the recent Riverside and Live Oak rulings, local governments have become increasingly bold in attacking patients’ right to cultivate medical marijuana. The Fresno County Board of Supervisors will be hearing an ordinance to ban cultivation on Tuesday, Jan. 7th.

The ordinance proclaims its intent to prohibit medical marijuana cultivation “in order to preserve the public peace, health, safety and general welfare of the citizens of Fresno County.”

“The Fresno County and Live Oak ordinances directly conflict with Prop. 215’s stated purpose of ensuring that 'seriously ill Californians have the right to obtain and use marijuana for medical purposes,'” says Prop. 215 co-author and Cal NORML director Dale Gieringer. “Mr. Maral is precisely the kind of seriously ill patient whom Prop. 215 was intended to benefit.”

Maral, 42, suffers from compartment syndrome, a painful life- and limb-threatening condition caused by insufficient blood supply to muscles and nerves. In addition, he has six damaged discs in his back, the result of his work as a heavy equipment driver. He and his family have lived in Live Oak for 15 years.

Maral is also a caregiver for his mother Donneda Maral, who has severe diverticulitis and Crohn's disease, for which she is frequently hospitalized.

"The only thing I'm fighting for is the patients who just want a couple of plants in their backyard," said Maral. "I'm not willing to let my mother die or live out the rest of her time in a hospital." The Marals live at least two hours away from any medical marijuana dispensary.

Link to petition for review by State Supreme Court: http://www.canorml.org/maral.pet.review.pdf

Established in 1972, California NORML is the state chapter of the National Organization for the Reform of Marijuana Laws. We are a non-profit, membership organization dedicated to reforming California's marijuana laws. Our mission is to establish the right of adults to use cannabis legally.

Posted by ImBlogCrazy at 5:48 PM