Thanks for stopping by on New Year’s Eve 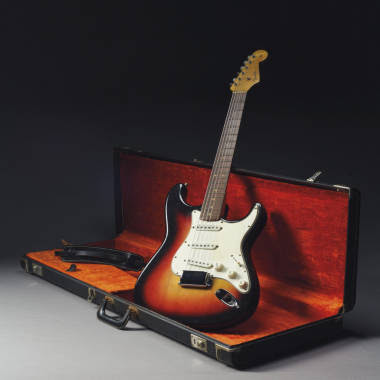 Live auctions or online, it doesn’t matter…I enjoy seeing how people price objects. I watch any TV show that hints of an auction.

I dream that someday I’m going to run across some great deal on an item in a yard sale, and it’s going to be worth millions when I get it appraised! Or, at the very least, it’ll be worth more than what I paid for it!

From the finest art to the funkiest memorabilia, most everything can be had for the right price, as the 2013 auction season again proved.

The biggest prize of all was Francis Bacon's "Three Studies of Lucian Freud."

The bidding for the 1969 triptych at Christie's auction house in New York City reached $142.2 million, making the piece the most expensive artwork ever sold at auction.

The buyer remains unknown, but "Lucian Freud" is currently on public display at Portland Art Museum in Oregon. The next time I take a trip up to Portland I hope to spend a little more time so I can check it out.

Thank you for stopping by on this last day of 2013.

It’s been a record year for viewership, and we’re closing in on two million views! (Check my stat meter out to the right – almost made it this year). Not bad for a independent blogger who entered into cyberspace five years ago (2008).

As It Stands…I wish you a Happy New Year!