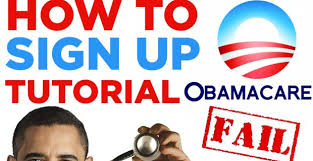 The woes in rolling out Obamacare nationally, were mirrored here in Oregon.

Not one person in the state was able to sign up for it online, despite the state’s eagerness to go along with the program. Why is this happening? What’s with all of the online difficulties?

I thought only the best programmers in the country would be involved in the nation’s – and Oregon’s – rollout of the Affordable Healthcare Act. It sure doesn’t look that way, does it? But why?

Here’s a theory advanced by a number of conservative political pundits:

“Government can’t handle the business of healthcare as well as the private sector.”

Greg Leo, chairman of Oregon's Republican Party and an avowed foe of the 2010 health care reform law, said its troubled rollout in Oregon underscores his view that patients would be better served by a system managed by the private sector.

Is it possible that government doesn’t pay computer programmers a competitive wage so they turn to the private sector? For reasons beyond me, it seems governments have a major problem utilizing internet technology…at least as far as introducing healthcare websites go. Now spying on us is another matter, but I digress.

Out of the estimated 560,000 uninsured Oregonians, not one went the way of the web to get relief.

Here’s a story about it:

“Oregon, a state that fully embraced the Affordable Care Act, is enduring one of the rockiest rollouts of President Barack Obama's signature health care law, with an inoperative online exchange that has yet to enroll a single subscriber, requiring thousands to apply on paper instead.

Unlike most other states, Oregon set an ambitious course to make its insurance exchange, dubbed Cover Oregon, an "all-in-one" website for every individual seeking health coverage, including those who are eligible for Medicaid.

But instead of serving as a national model, Oregon's experience has emerged as a cautionary tale, inviting comparisons to technical glitches that have plagued other state-run portals and the federal government's website for those states lacking exchanges of their own.

Oregon's online exchange has remained inaccessible to the public, requiring the state to sign up applicants the old-fashioned way, using paper forms. This has made comparison shopping more difficult for consumers and severely slowed the enrollment process.” read full story here