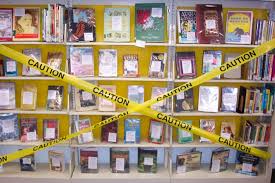 I’ve always been fascinated by people who are afraid of science and facts about the world we live in.

Looking back through the ages, the church persecuted people who did not accept it’s dogma about how we humans were created.

Supposedly we’re living in enlightened times, but you have to wonder when you read stories about conservative creationists who still refuse to face scientific facts about the evolutionary process.

Nowhere in the country are creationists more prevalent than Texas. I don’t know why. They actively ban and block publications all the time that go against their conservative Judo Christian beliefs like it was the 17th century!

Here’s the latest example of what I’m talking about:

“The Texas Board of Education used a late-night meeting to give preliminary approval to new science textbooks for classrooms across the state late Thursday night, but it blocked signing off on a major new biology text until alleged "errors" in lessons over the theory of evolution are checked by outside experts.

Textbook and classroom curriculum battles have long raged in Texas pitting creationists — those who see God's hand in the creation of the universe — against academics who worry about religious and political ideology trumping scientific fact. At issue this time are proposed high school biology books that could be used across the state at least through 2022.

State law approved two years ago means school districts can now choose their own books and don't have to adhere to a list recommended by the Board of Education — but most have continued to use approved books.

The issue is important nationally since Texas is so large that many books prepared for publication in the state also are marketed elsewhere around the country.” read full story here