Has Karma caught up to George Zimmerman? He’s in Jail Again

UPDATE: It was a rough day for George Zimmerman: His wife served him with divorce papers in jail, he was accused in court of choking his girlfriend and threatening suicide, and his lawyer revealed he’s $2.5 million in debt.

Do you believe in Karma?

I do. When OJ Simpson was arrested in Las Vegas decades after murdering his wife and her friend, I called it karma.

“The Juice” isn’t doing a life sentence, but OJ is getting a good taste of what it’s like behind bars. You either have good or bad karma. No in between.

I’d say George Zimmerman’s bad karma is catching up to him. As we all know, he got away with murdering Trayvon Martin in a highly charged trial in July. He’s back in a Florida jail again after deputies responded to a “disturbance call” Monday. 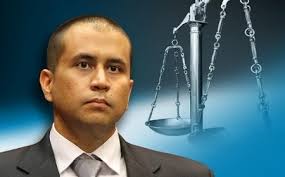 In September, he was released without charges after his wife called 911 to say Zimmerman punched his father-in-law in the nose and threatened to shoot him and his wife.

He claimed that he was acting in a "defensive manner" during the incident, according to police, who later added that they never found a gun on Zimmerman.

It seems karma is biting Zimmerman in the ass. We can only hope he get’s his just dues soon. He had a history of anger problems before he killed Trayvon. Perhaps he thinks because he got away with murder he’s golden.