Discover the true story of the real ‘Lone Ranger’

The real “Lone Ranger,” it turns out, was an African American man named Bass Reeves, who the legend was based upon.

Perhaps not surprisingly, many aspects of his life were written out of the story, including his ethnicity. The basics remained the same: a lawman hunting bad guys, accompanied by a Native American, riding on a white horse, and with a silver trademark.

Historians of the American West have also, until recently, ignored the fact that this man was African American, a free black man who headed West to find himself less subject to the racist structure of the established Eastern and Southern states.

While historians have largely overlooked Reeves, there have been a few notable works on him. Vaunda Michaux Nelson’s book, Bad News for Outlaws: The Remarkable Life of Bass Reeves, Deputy U.S. Marshal, won the 2010 Coretta Scott King Award for best author. 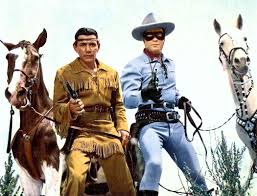 Arthur Burton released an overview of the man’s life a few years ago. Black Gun, Silver Star: The Life and Legend of Frontier Marshal Bass Reeves recounts that Reeves was born into a life of slavery in 1838. His slave-keeper brought him along as another personal servant when he went off to fight with the Confederate Army, during the Civil War.

Reeves took the chaos that ensued during the war to escape for freedom, after beating his “master” within an inch of his life, or according to some sources, to death. Perhaps the most intriguing thing about this escape was that Reeves only beat his enslaver after the latter lost sorely at a game of cards with Reeves and attacked him.

After successfully defending himself from this attack, he knew that there was no way he would be allowed to live if he stuck around.

Reeves fled to the then Indian Territory of today’s Oklahoma and lived harmoniously among the Seminole and Creek Nations of Native American Indians.

After the Civil War finally concluded, he married and eventually fathered ten children, making his living as a Deputy U.S. Marshall in Arkansas and the Indian Territory. If this surprises you, it should, as Reeves was the first African American to ever hold such a position.

Burton explains that it was at this point that the Lone Ranger story comes in to play. Reeves was described as a “master of disguises”. He used these disguises to track down wanted criminals, even adopting similar ways of dressing and mannerisms to meet and fit in with the fugitives, in order to identify them.

Reeves kept and gave out silver coins as a personal trademark of sorts, just like the Lone Ranger’s silver bullets. Of course, the recent Disney adaptation of the Lone Ranger devised a clever and meaningful explanation for the silver bullets in the classic tales. For the new Lone Ranger, the purposes was to not wantonly expend ammunition and in so doing devalue human life.

But in the original series, there was never an explanation given, as this was simply something originally adapted from Reeves’ personal life and trademarking of himself. For Reeves, it had a very different meaning, he would give out the valuable coins to ingratiate himself to the people wherever he found himself working, collecting bounties. In this way, a visit from the real “Lone Ranger” meant only good fortune for the town: a criminal off the street and perhaps a lucky silver coin.

Like the famed Lone Ranger legend Reeves had his own close friend like Tonto. Reeves’ companion was a Native American posse man and tracker who he often rode with, when he was out capturing bad guys. In all, there were close to 3000 of such criminals they apprehended, making them a legendary duo in many regions.

The final proof that this legend of Bass Reeves directly inspired into the story of the Lone Ranger can be found in the fact that a large number of those criminals were sent to federal prison in Detroit.

The Lone Ranger radio show originated and was broadcast to the public in 1933 on WXYZ in Detroit where the legend of Reeves was famous only two years earlier.

Of course, WXYZ and the later TV and movie adaptions weren’t about to make the Lone Ranger an African American who began his career by beating a slave-keeper to death. But now you know. Spread the word and let people know the real legend of the Lone Ranger.